A.L. Rowse describes how the centre of administrative life in Cornwall has enjoyed a varied history, from Plantagenet to modern times.

For nearly three years, 45,000 Spanish soldiers served under German command on the Russian front. By Gerald R. Kleinfeld and Lewis A. Tambs.

Derek Severn describes how, after service at Trafalgar, Thomas Hardy spent many years with the Navy’s two American Stations and in 1830 was appointed First Sea Lord.

The Charity school movement in the eighteenth century, writes L.W. Cowie, was the first attempt to provide for the education of the children of the poor in England.

York was in the heart of Royalist country at the beginning of the English Civil War. William Thurlow describes how it became the King’s capital.

Our Oldest Bible: The Codex Sinaiticus

Christians have long relied on scribes’ copies of Biblical texts; J. K. Elliot describes how the Codex Sinaiticus, discovered in 1844, dates from the fourth century. 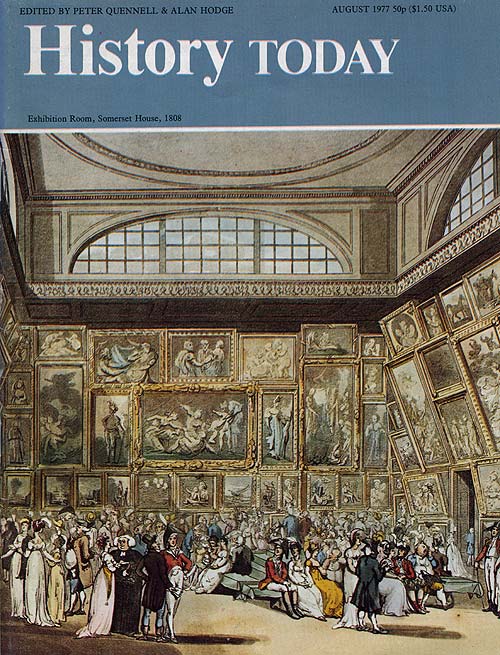