Michael Glover investigates the early modern sources of the English reputation as the most indefatigable writers of letters in the world.

In the thirteenth century, writes Diana E. Greenway, one of the Bishops in the important see of Winchester was a rich and noble monk; the second a warrior accountant turned prelate.

The Troubles of the Yorkshire Plumptons

K.R. Dockray introduces a West Riding family of Percy retainers, whose land-holdings suffered from the Wars of the Roses and from legal disputes.

The Aftermath of Nivelle

John Terraine describes how the Allied offensive of spring 1917 promised victory but ended in failure and mutiny.

As advocate, diplomatist and historian, writes Neil Ritchie, Aeneas Silvius was a much-travelled international figure before he became Pope. 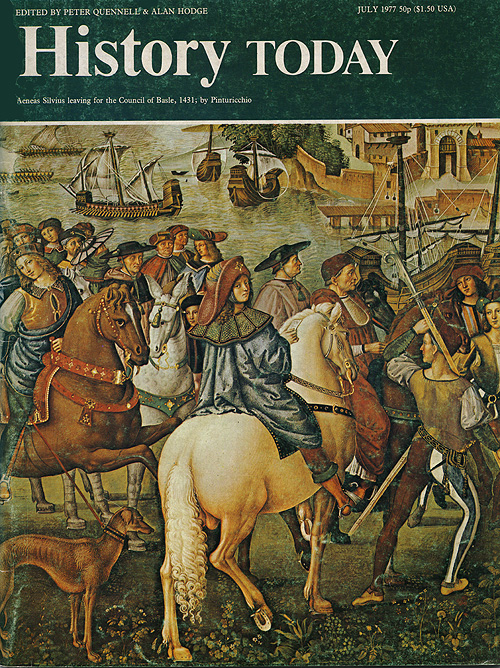