Morton’s revels upset the Pilgrim Settlers; Larry Gragg describes how he was twice deported to England and three times imprisoned.

A veteran of Poitiers, writes Neil Ritchie, John Hawkwood served as a mercenary in Italy; twenty years in the service of Florence.

D.E. Moss introduces a Cambridge scholar who was tutor to Princess Elizabeth, an observant traveller in Germany and the author of books on archery and education.

M.L. Clarke profiles an enterprising governor in the education of Louis Philippe for eight years, until 1790.

John Stocks Powell describes how conflict between Nationalists and Unionists was still unhealed when the First World War began.

Before the Bobbies: The Caroline Riots of 1821

Stanley H. Palmer describes how, in an era before “the Peelers,” the army and a radical mob clashed in the streets of London on the occasion of Queen Caroline’s funeral.

Bears in the Bosporus

The arrival in 1833 of a Russian fleet signalled Russian control for several years of the Bosporus and of the Turkish Empire, writes Lansing Collins. 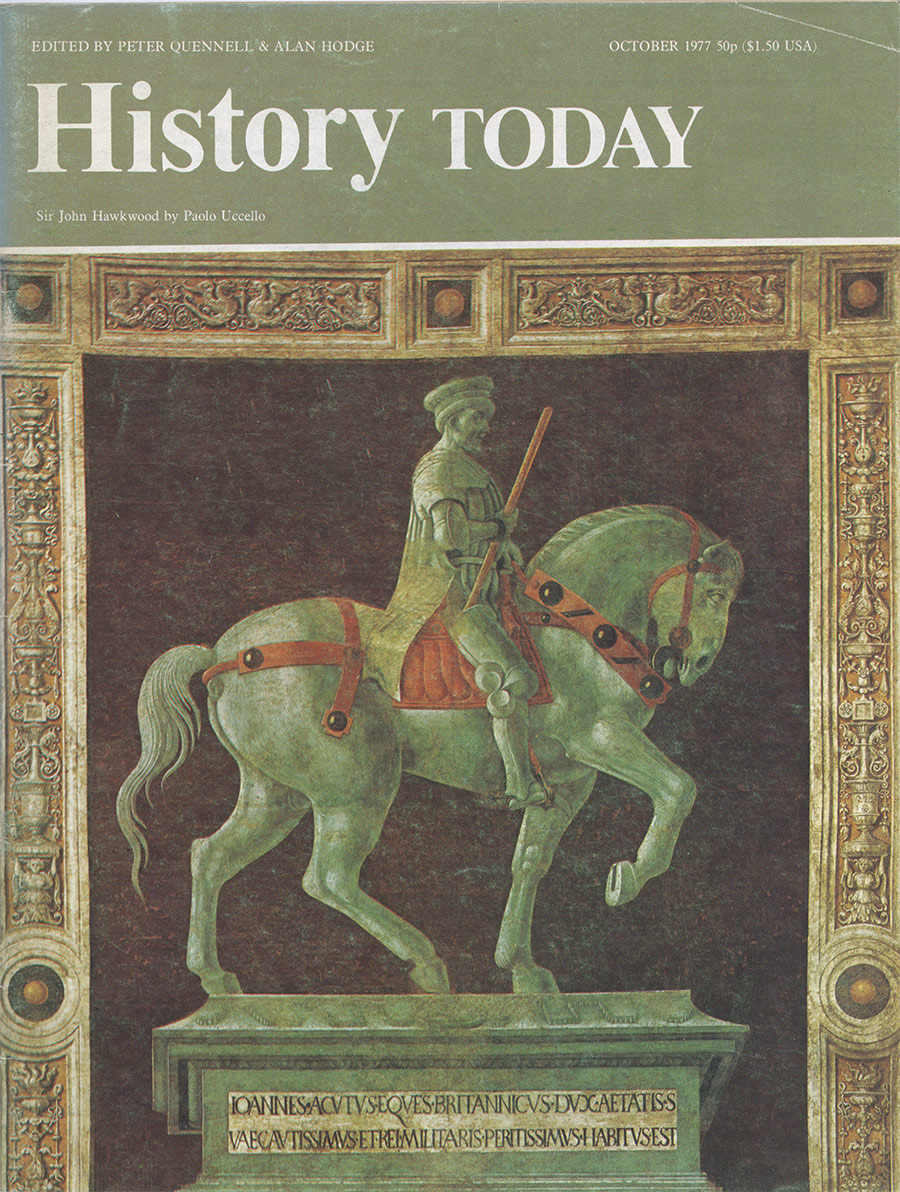