Ross Watson describes how Jefferson came to English shores on public business, but travelled widely, and made many purchases.

The royal splendour of Versailles, writes Andrew Trout, was matched by the parades and fireworks of the capital.

Ferozeshah and the Sikh War, December 1845

The Sikhs of the Punjab were the last strong Indian military power in the early nineteenth century, writes Patrick Turnbull.

Education and the Dissenting Academies

The Dissenting Academies, write M.D. Stephens and G.W. Roderick, offered wider and better teaching than the established universities in England.

William Gardener describes how Russia's stealthy advance across Siberia led to close relations with China in the seventeenth and eighteenth centuries. 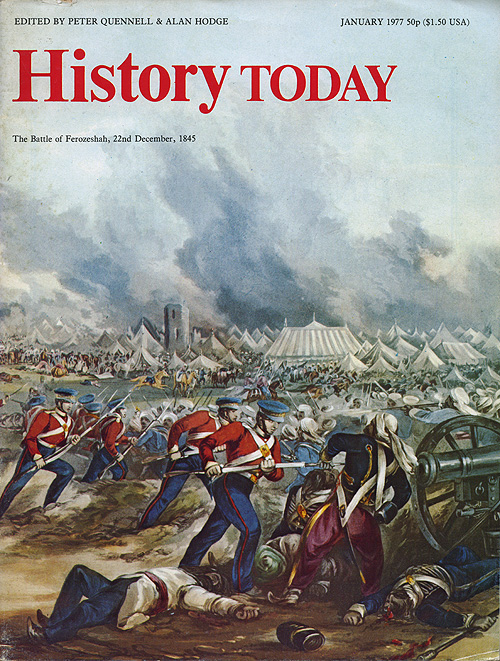