Rex Winsbury describes how the attempted Russian Revolution of 1905 was the prologue to greater events in 1917.

My Dearest Uncle: A Royal Correspondence

Joanna Richardson describes how, from the age of nine in 1828, Queen Victoria corresponded with her Uncle, Leopold of Saxe-Coburg, King of the Belgians.

An island in a sea of mountains, as Sarah Searight describes it, the Indian region of Ladakh was once a cosmopolitan centre of pilgrimage and trade.

Henry V and the City of London

J.L. Kirby describes the reign of a sovereign with a ‘genius for popular kingship’; Henry V was probably the first English ruler to address his subjects in their native language.

Beresford and his Fighting Cocks

In 1809, under Wellington, Beresford regenerated the Portuguese Army which, Michael Glover writes, had suffered from years of neglect.

Turner describes how, at the beginning of the nineteenth century, this exclusive London club was presided over by a feminine oligarchy, equal in power to the Venetian Council of Ten.

C.R. Boxer describe show, three centuries ago, the great Dutch commander was mortally wounded in battle off the coast of Sicily. 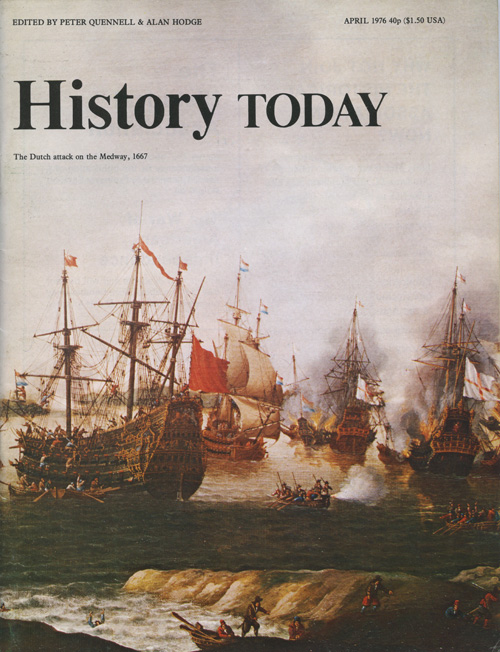