The eighteenth-century partitions and nineteenth-century uprisings worsened the livelihood of Jews in Poland, writes Adam Zamoyski.

J.S. Curtis charts the development of stringed keyboard instruments from the virginal and spinet, to the ‘forte-piano’.

Len Ortzen describes the Coup d’etat in Paris which prepared the way for the Second Empire.

Maurice Ashley profiles the younger George Goring, one of the more successful of Cavalier generals, but one whose brave deeds and eclectic character have been little discussed.

Stephen Usher looks back at the life of a leading Athenian orator and Idealist during the city’s long war with Macedonia and its Greek allies. 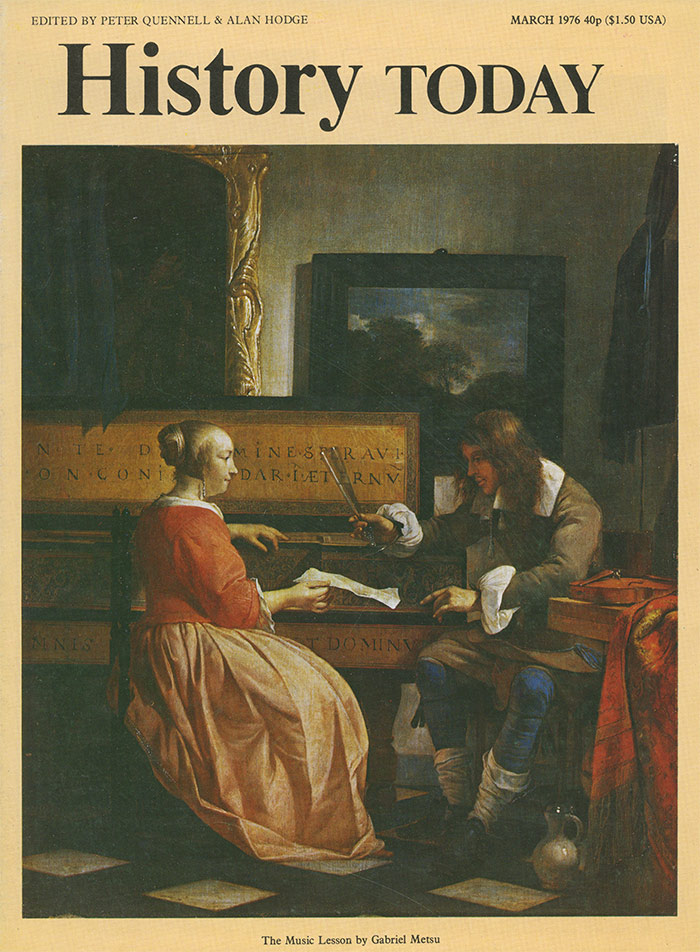