Douglas Hilt profiles a statesman, jurist and man of letters who devoted his generous gifts to the service of Bourbon Spain.

L.W. Cowie visits Whitefriars where, between the Temple and the River Fleet, stood the Carmelite Priory, and later the site of the slums of Alsatia.

Ararat: The Ancient Kingdom of Armenia

Between the years 1300 and 600 B.C. the virile kingdom of Ararat rose to be a large empire, which long held the Assyrians at bay.

An Artisan of Revolution: Paul Revere

Esmond Wright remembers the dramatic role in the American Revolution played by Paul Revere, an engraver and silversmith from Boston.

Charles Johnston describes how, during the latter half of the fourth century, one of the last of the Roman poets was appointed by Valentinian I, Emperor of the West, to undertake the education of his hopeful son Gratian.

Jan Read introduces some volunteers on land and at sea in the liberation of the Spanish Colonies. 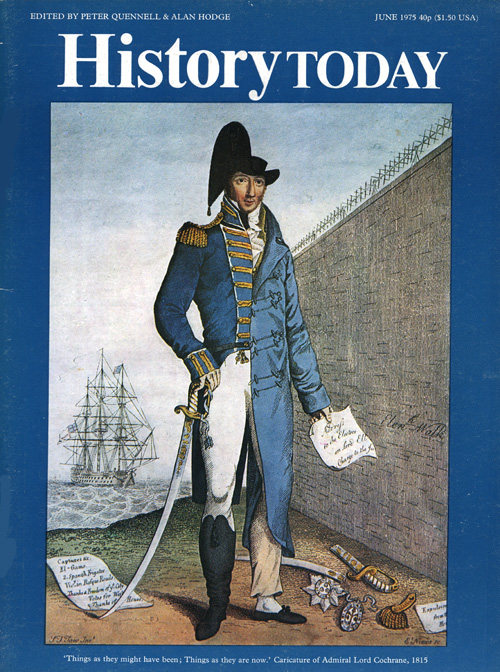