From the sixteenth to the eighteenth centuries, writes Elka Schrijver, Bergen in North Brabant was the scene of important sieges.

The Steelyard of London Since the Twelfth Century

L.W. Cowie explains how the Hansard merchants from northern Germany maintained their own Community in London from medieval times until 1852.

Game and the Poacher in Shakespeare’s England

Anthony Dent examines the lives of English foresters, parkers, warreners, and the preservation of deer and boar for hunting, all in the era of the Bard.

Anatole France as a Politician

Joanna Richardson finds that Anatole France's politics, like his private life, remained unorthodox, but the Dreyfus Affair in the 1890s changed his literary life.

Paulinus of Pella Towards the End of the Roman Empire

The grandson of the famous scholar Ausonius, Paulinus was a cultivated country gentleman, who lived to see the final breakdown and disintegration of the Roman way of life. By Charles Johnston.

George III and Life at Windsor

Stuart D. Goulding introduces the founder of the colony, Roger Williams, who returned to England in 1643 and 1651 and had many friends among the English Parliamentarians.

Gordon and the Slave Trade

Charles Chenevix Trench finds that, as Governor of Equatoria and then Governor-General of the Sudan from 1874-1880, one of C. G. Gordon’s chief concerns was suppressing the slave-trade. 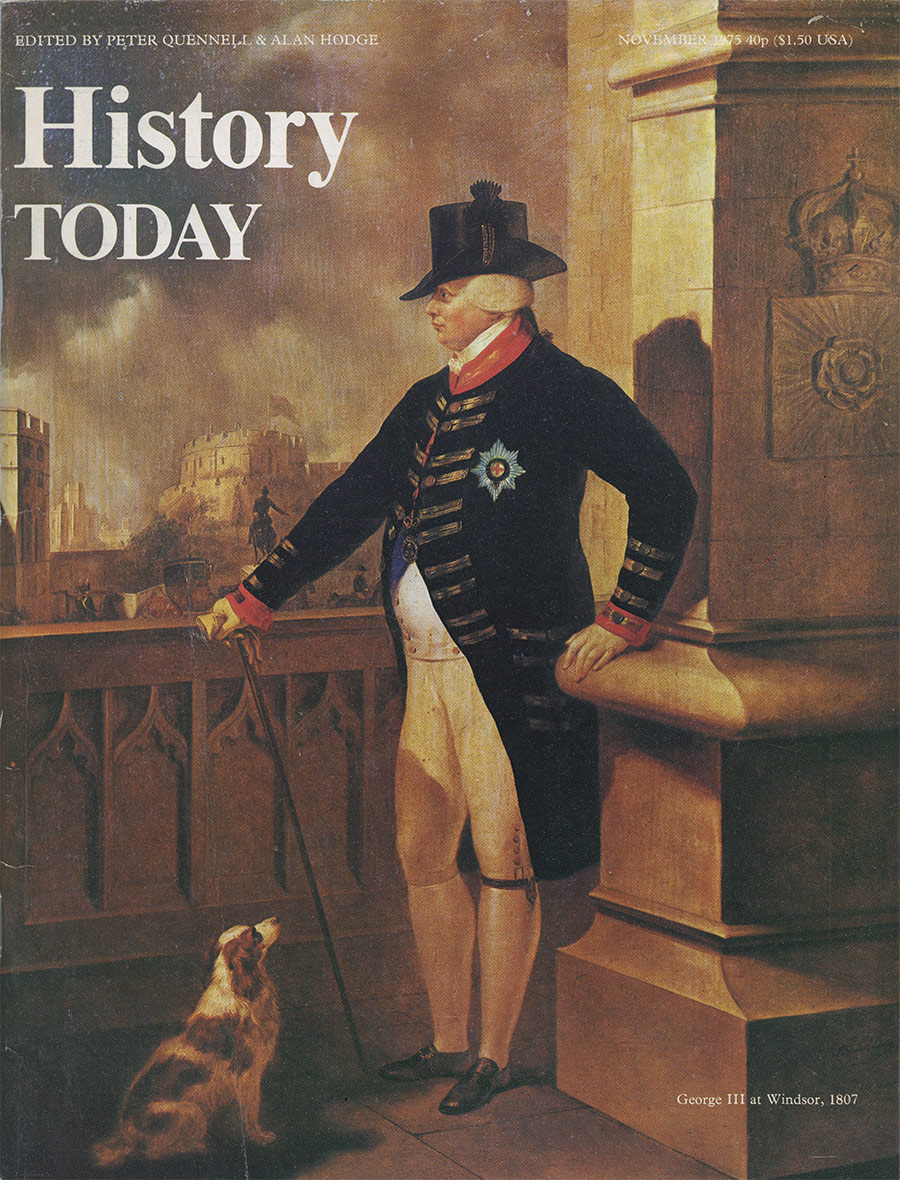