The Renaissance and the Ruins of Ancient Rome

Michael Greenhalgh describes how Roman architecture and Graeco-Roman statues made a profound impression upon the great Renaissance artists.

Oxygen and One God: Joseph Priestley in 1774

The discoverer of oxygen - a man of ‘singular energy and varied abilities’ - was, writes A.D. Orange, also a bold progressive thinker.

The Duc de Rohan, write D.C. Norwood and G.A. Rothrock, returned from his Venetian exile to be given an important command by Cardinal Richelieu.

Joanna Richardson portrays one of the greatest of nineteenth-century pictorial journalists, Constantin Guys; a remarkably perceptive artist, to whom Charles Baudelaire consecrated his most famous work in prose.

First a French, then a British colony, these remote and beautiful islands are being gradually drawn into the modern world, writes J. Coen.

According to a famous military historian, Sahagun was ‘perhaps the most brilliant exploit of the British Cavalry’ during the whole course of the Peninsular Wars. By D.G. Chandler.

Peter the Great and the Tsarevich Alexei

The great Emperor was a powerful sovereign, but, writes Ian Grey, disappointed in his weak and nervous son, Peter proved a stern and cruel parent.

F.R. Cowell describes how the Romans were keen book-collectors; and the works they bought were often expensive and beautifully produced. 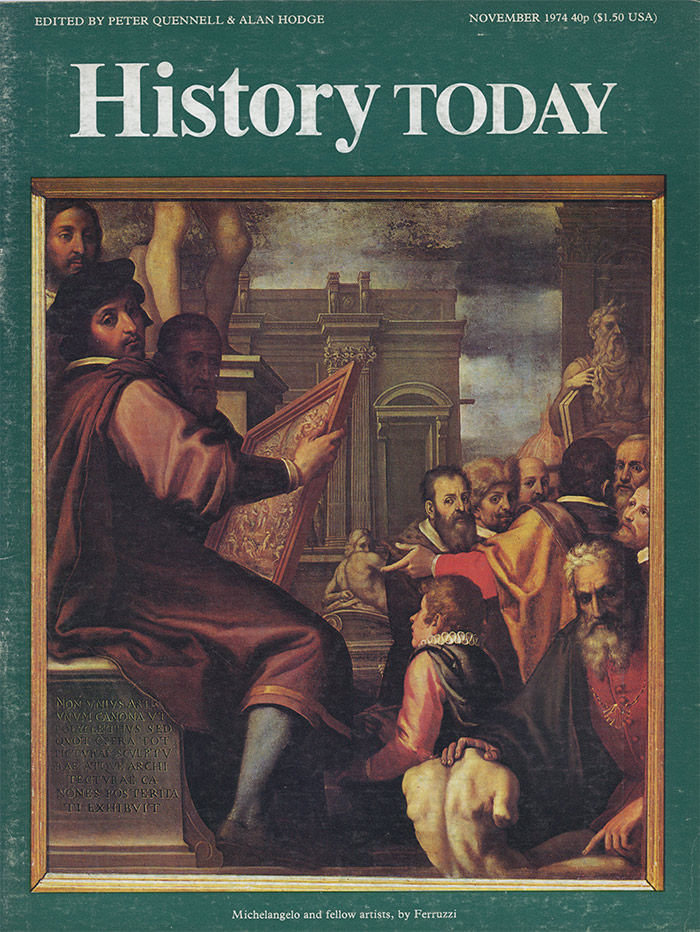