Goya: Turmoils of a Patriot

Goya lived from 1746 to 1828; Douglas Hilt describes how the artist's vigorous work ranges in subject from Court-paintings to the misfortunes of Unreason and War.

Teaching at Christ’s Hospital dates from 1552, writes N.M. Plumley, and its Royal Mathematical School from the reign of Charles II.

Theodore Roosevelt and the Special Relationship with Britain

D.H. Burton writes that Roosevelt was one of the chief architects of an Anglo-American understanding that survived many diplomatic crises.

The Battle of Bannockburn, 1314

The Il-Khans of Persia and the Christian West

J.A. Boyle describes how, in 1258, the Mongol Khans from Persia captured the Caliphate of Bagdad and international contacts followed with the European powers. 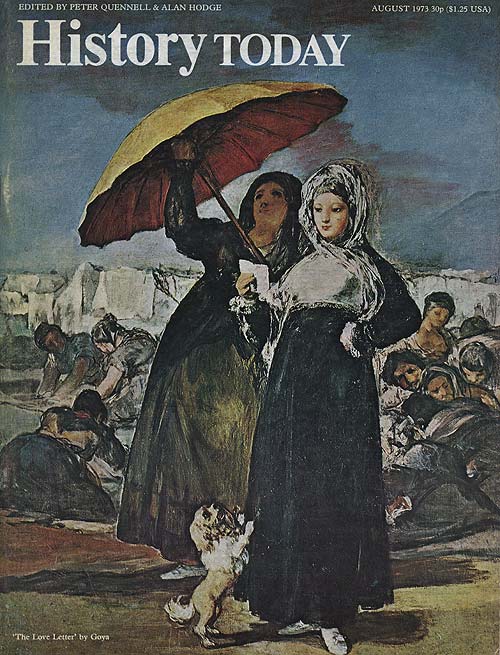