Eynon Smart traces the career of ‘that famous Cheat’, Mary Carleton, known to the Restoration world as ‘the German Princess’.

A Prince, a Lord and a Maid of Honour, Part I

Robert Halsband unearths a remarkable story of amorous intrigue at the court of George II.

Briefly a royal palace, writes L.W. Cowie, Bridewell became a hospital, an apprentices’ school and a reformatory for vagrants and prostitutes.

Winterhalter: Portrait of an Artist

Franz Xaver Winterhalter's romantic representations of royal and noble personages, writes Joanna Richardson, have an unquestionable charm for those who live in a more pedestrian age.

Prospects seemed encouraging for the Italian Empire in 1940, writes Patricia Wright, but an arduous defeat ensued.

The Jews of Medieval England, Part I: The Late Eleventh and Twelfth Centuries

J.J.N. McGurk describes how Jewish settlements in England followed the Norman Conquest, and pogroms began only a century later. 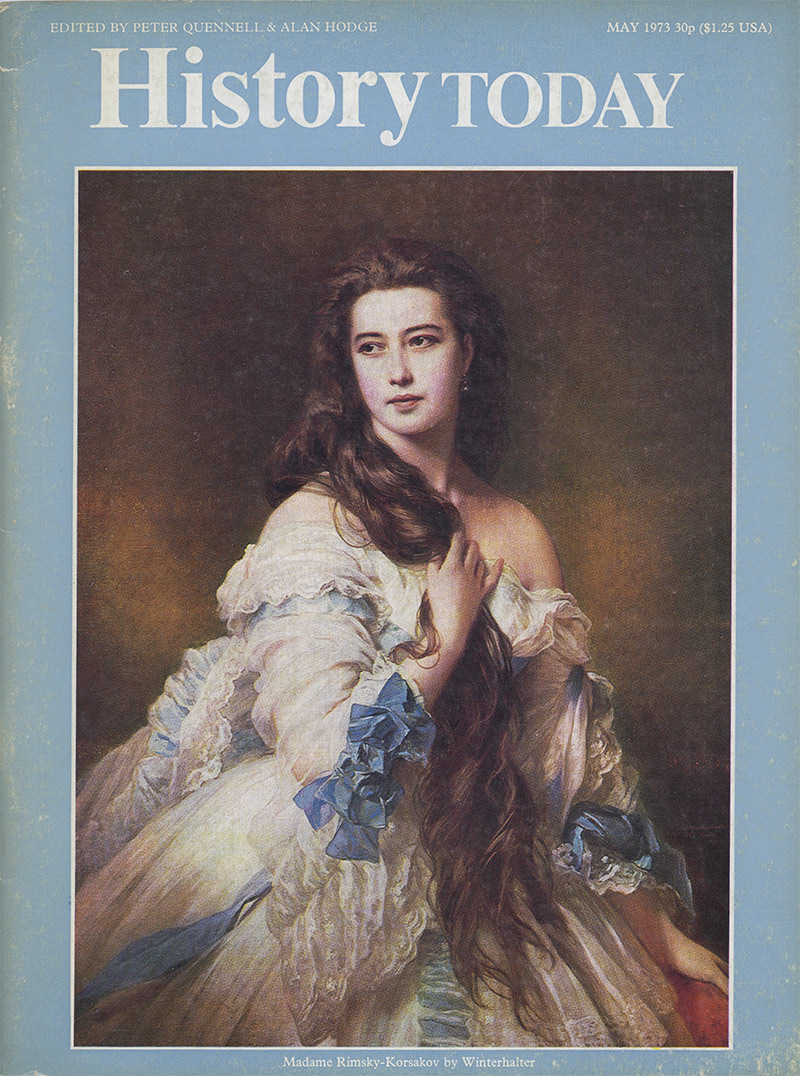