Robert Woodall describes the state of early parliamentary reporting, during a period when it was disapproved by Members .

Lord Braxfield: The Jeffreys of Scotland

During the French Revolution, writes Tresham Lever, some political trials took place in Edinburgh for which Lord Braxfield has been intemperately denounced.

The canal in Languedoc, between the Bay of Biscay and the Mediterranean, was one of the remarkable achievements of Louis XIV’s reign, writes Roger Pilkington.

J.R.S. Whiting recalls an era when tokens were used for propaganda rather than as currency.

Pedro de Luna: The Pope from the Sea

Jan Read describes how, in 1394 a Spanish Cardinal became Antipope at Avignon, pledging to end the Schism in the Church. 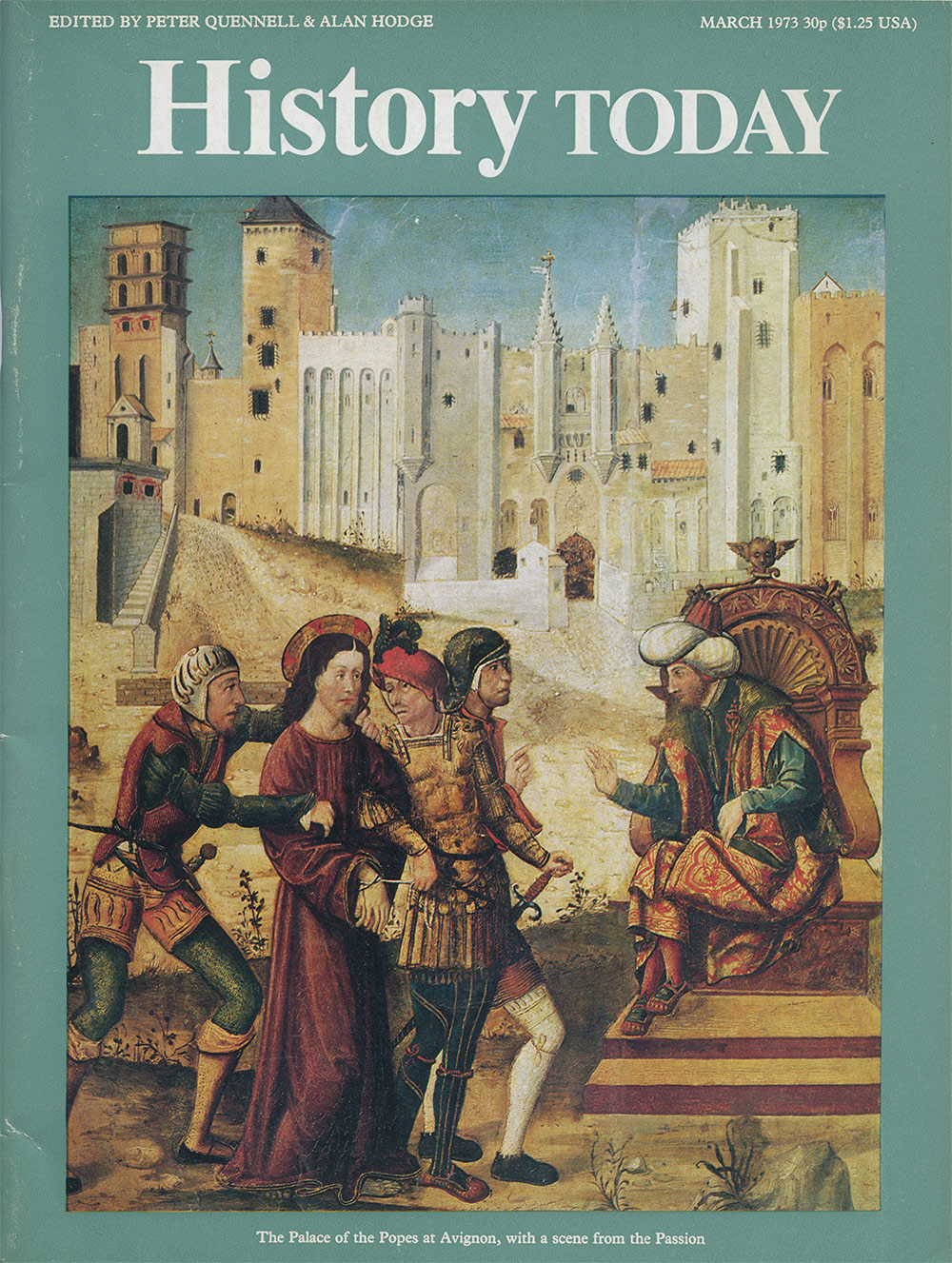