In his memoirs Chateaubriand denounces Napoleon. But, asks Douglas Hilt, is it not a figure of grandeur and vision that emerges?

As a chaplain in New South Wales, Marsden from Yorkshire became one of the founders of Australian sheep-farming. By M.L. Ryder.

The Suppression of the Jesuits, 1773

After being expelled from Portugal, writes J.S. Cummins, France and Spain, the Jesuit order was suppressed by a reluctant Pope.

During the reign of Charles II and his brother, writes Tresham Lever, Mackenzie as judge and Lord Advocate at Edinburgh was involved in some highly contentious trials.

Ronald Webber describes how, from the banks of the Thames, London was supplied with asparagus, melons, artichokes, carrots, beans and berries. 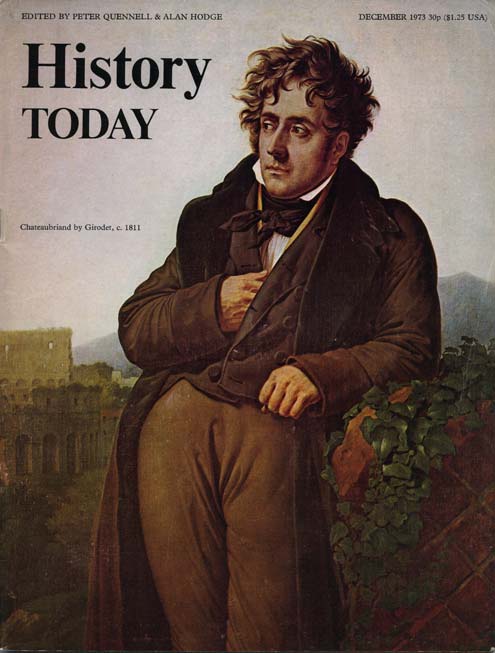