The Uncommon Mill Girls of Lowell

In the early nineteenth century the ‘ladies of Lowell’, Mass., were enlightened mill girls who spent their leisure in cultural pursuits.

The whole of Stendhal’s youth was spent under the aegis of Napoleon, and Napoleonic legend played an increasing part in his later writings.

The Life and Times of Sir Moses Montefiore

Lionel Kochan profiles one of the leading bankers among British Jews, who devoted fifty years of his long life to the welfare of Jewry overseas and the future of Palestine.

The Western Squadron and the Blockade of Brest

In the wars with France from 1745 to 1815, writes Richard C. Saxby, the French naval base was blockaded from English Channel ports miles to its leeward.

The Dodo and the Mughals

Russia and the European Revolutions of 1848

W. Bruce Lincoln describes how the European Revolutions of 1848 alarmed the Russian Government so much, it sent its armies to aid the Habsburgs in Hungary. 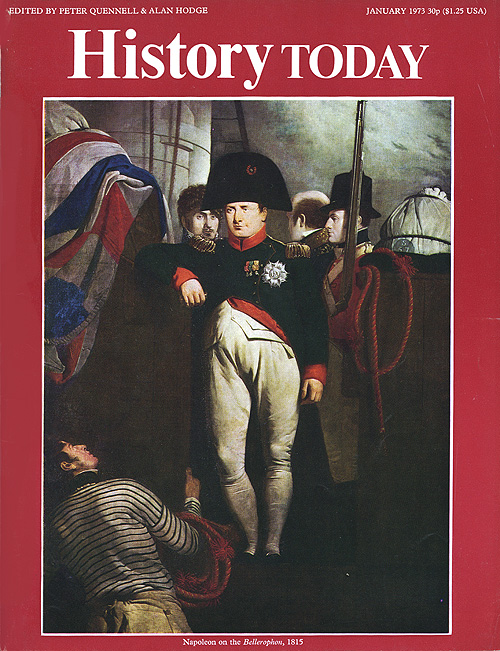