The Rise of the Electricity Supply Industry

Brian Bowers assesses the first fifty years of public electricity supply in the United Kingdom and its scientific background.

Brothers of the Ideal: Some Reflections on the Spanish Civil War

John Nowell introduces and translates a contemporary portrait of the eighteenth-century actor at work, originally penned by G.C. Lichtenberg.

Downright Shippen: The Politician as Philosopher

Clifton W. Potter profiles the leader of the Parliamentary Jacobites in the early eighteenth century.

A Question of Contraband: The Old Colonial Trade

C.R. Boxer describes how the Spanish and Portuguese empires were troubled by smugglers and interlopers on the high seas.

A Frenchman in Tudor England

Norman Lloyd Williams analyses the observations of Etienne Perlin during his visit in 1553. 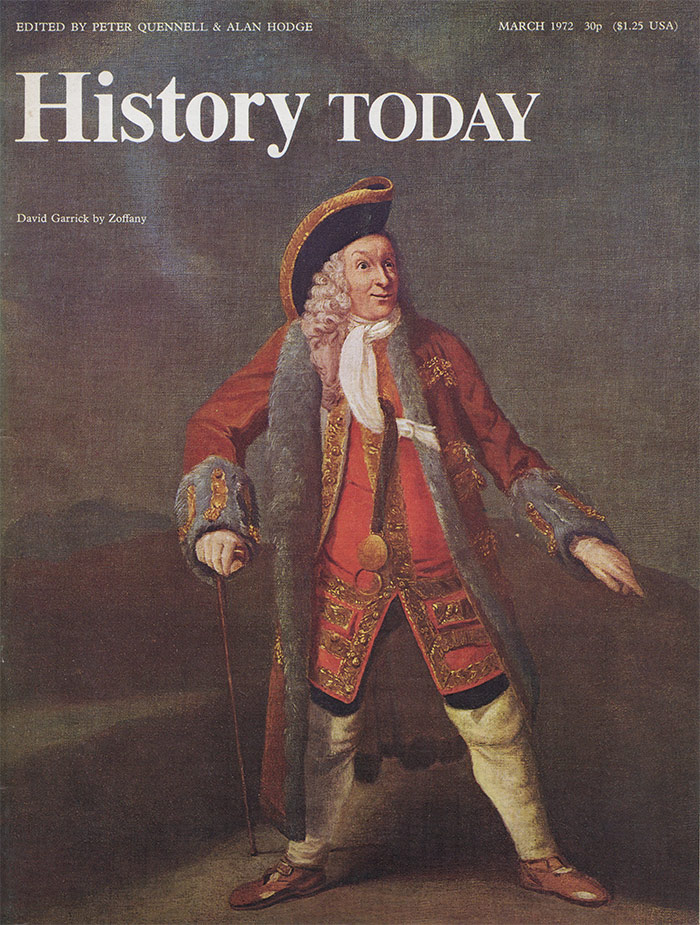