A.L. Rowse describes the life and career of the foremost Persian and Sanskrit scholar of his day.

The French in Acadia

At the beginning of the seventeenth century, writes Patricia McCollom, the French made a resolute attempt to seize the rich Canadian fur-lands.

J. LaVerne Anderson describes how the post of British Ambassador to the rulers of France has been a difficult assignment, and not only in the eighteenth century.

Papa and his Brood: Henry IV of France

S.J. Ingram & G.A. Rothrock investigate the King’s delight in his many children, legitimate or otherwise.

Anthony Bryer takes a visit to Nicaea; The seat of early Church Councils and, for a while, of the Byzantine Emperors, it has a history stretching from the reign of Alexander the Great to the present day.

C.G. Cruickshank describes how, having captured Tournai, the twenty-two-year-old king indulged his taste for sport and pageantry. 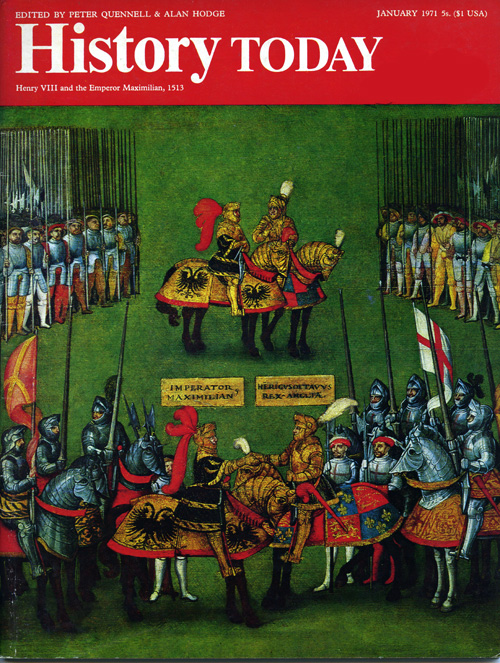