In the spring of 1777, writes Arnold Whitridge, an ardent young French nobleman set sail from Bordeaux to avenge himself against Britain.

The French and Indo-China

The connexions of the French with Vietnam began in the eighteenth century; D.R. Watson describes how their legacy was passed to the United States in 1954.

By victory in the war of 1870, writes Harold Kurtz, Bismarck secured German unity at the expense of France.

William Seymour introduces Sir John Seymour; an uncle of the King, and a favourite of the late Henry VIII, Somerset had an amiable character not strong enough for perilous mid-Tudor times.

Since the myths of creation were composed, writes John Cohen, men have tried to emulate the gods. Is the twentieth-century computer capable of the daemonic urge? 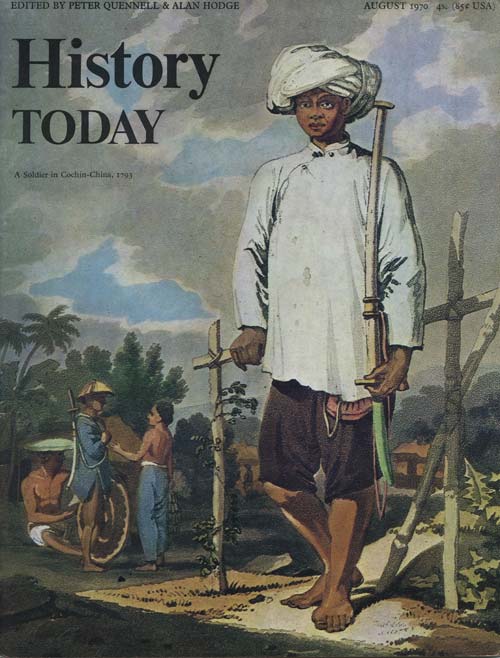