Queen Victoria as a Writer

Joanna Richardson describes how Queen Victoria wrote as she certainly must have talked - with common sense, some simplicity, much shrewdness, and occasional indiscretions.

Bonaparte and the Knights of Malta

‘Why not seize Malta?’ Napoleon asked Talleyrand, ‘We could be masters of the Mediterranean’. By Christopher Hibbert.

Hilda Hookham introduces an astronomer prince who was a grandson of Tamburlaine.

Robert W. Kenny describes how, on the death of Elizabeth I, an appeasing spirit entered British diplomacy.

Jane Austen and Her Time

Robert A. Draffan describes how contemporary reviewers of Jane Austen took a moralistic view of her heroines’ adventures.

Stewart Perowne describes how, in the fourteenth century ‘the last of the Roman tribunes’, but one of the first of political liberators.

The Gods of the Gaels

Hugh Malet describes how the Druidic gods were regarded by Celts very much as a neighbouring clan, endowed with a particularly powerful magic. 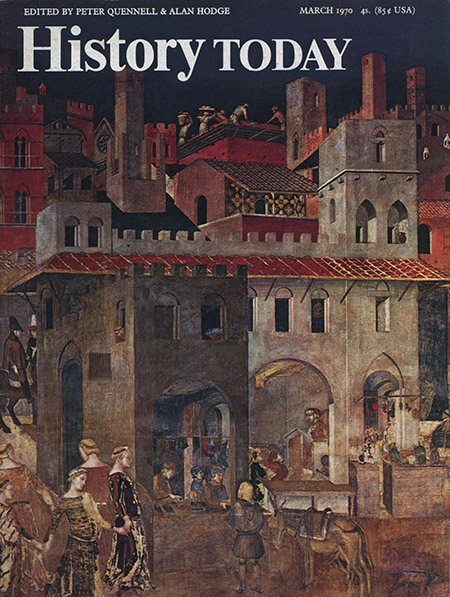