Between the Revolution of 1830 and the fall of the Second Empire, writes Michael M. Biddiss, Daumier applied his vigorous ironic gifts to the social and political scene.

From all the evidence, writes Sudie Duncan Sides, it is abundantly clear that it was harder to be a slave than a plantation mistress; but the memoirs of the time do not admit this.

On the Track of Great Uncle Charles

Hugh Carleton Greene heads to the Caribbean to find a long-lost relative.

Forgery in the Middle Ages

J.J.N. McGurk describes how vanity and the ambitions of families and religious houses prompted the widespread invention of documents upon property and genealogy.

The Defeat of Cestius Gallus, A.D.66

S. G. F. Brandon describes how the Roman legate faced the problems of a Jewish Revolt.

J.H.M. Salmon portrays two men of letters - François de La Rochefoucauld and Jean François Paul de Gondi - as mirrors to both each other, and to the seventeenth century French society they wrote about.

H. Ross Williamson profiles the life and career of Cardinal Reginald Pole: cousin to Henry VIII; once Papal candidate; ‘a humanist of European reputation’; Pole spent much of his life abroad, in an artistic and philosophical circle that included Michelangelo.

Bolingbroke: The Idea of a Patriot King

H.T. Dickinson describes how, in his best-known work, Bolingbroke sought to produce a cure for present-day ills by rehearsing the virtues of an imaginary past. 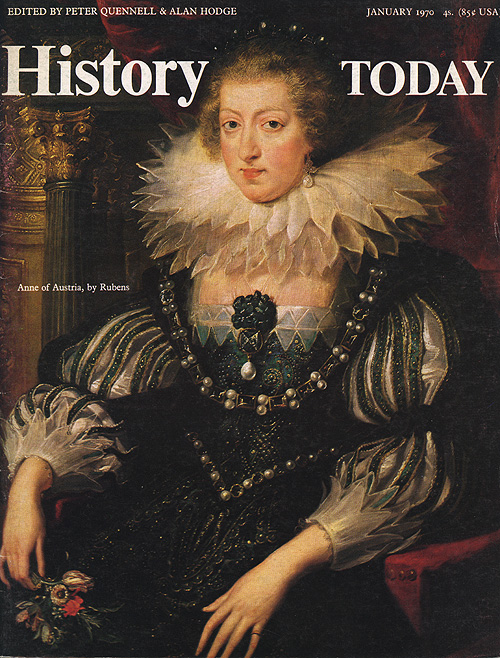