J.D. Hargreaves appraised Swindon, “a city very much itself”, with a view of its idiosyncrasies, architecture and people.

Despite a lack of style or personality, W.N. Medlicott argues, Neville Chamberlain overcame his unique capacity for being misunderstood to achieve a record of consistency.

Charles Seltman shows how Egyptian memories of Crete and its inhabitants may have given rise to the Platonic legend of the lost island of Atlantis.

The Wanderings of Two Ancient Manuscripts

The War of American Independence Reconsidered

Only a staff composed of men of military genius, and backed by a decisive and imaginative government at Westminster, could have secured a victory in the American War of Independence. Eric Robson reflects on how men of considerable talent, and of much good-will, failed in an impossible task.

Leonardo da Vinci: A Note on the Relation Between His Science and His Art

Da Vinci's scientific observations proved inseparable from his intentions as a painter, Kenneth Clark writes. But as a disciple of experience ahead of his time, the impracticability of Da Vinci's visions would come to haunt him. 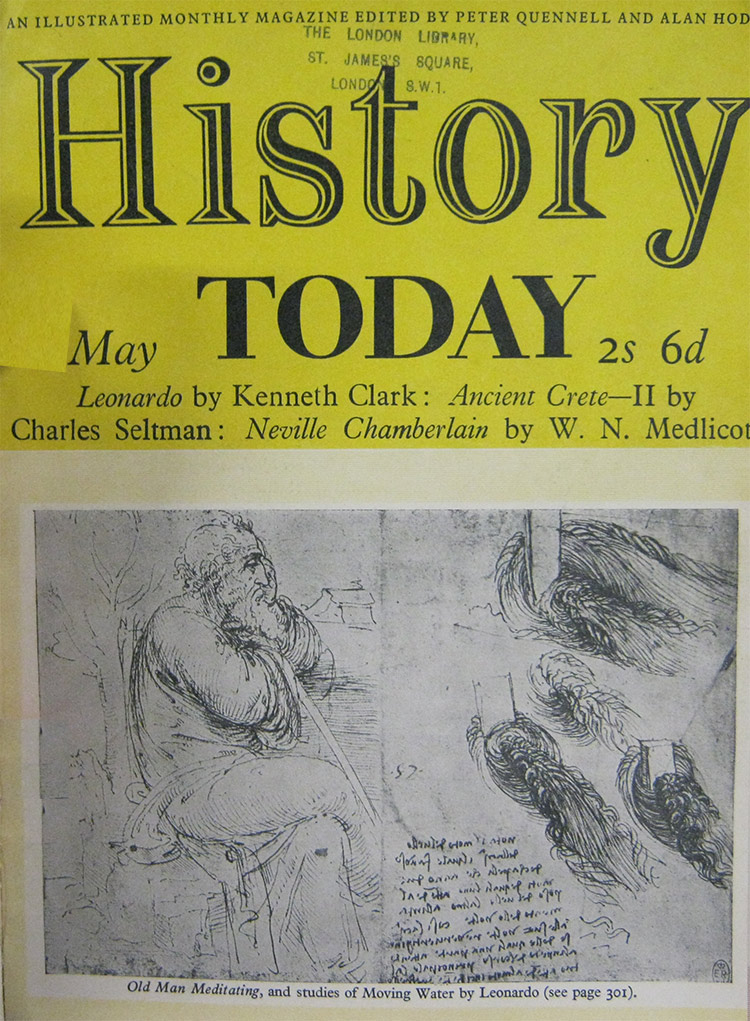