George Woodcock gives an account of an Imperial enterprise in south-east Asia.

Bela Menczer introduces the role of an Hungarian at the Congress of Berlin.

The Court-Martial of Sir Robert Calder

Oliver Warner questions whether Calder's reprimand for his action with the French in 1805 was just.

G.A. Rothrock describes how, at the close of the French Wars of Religion in 1627-8, the Protestant centre of La Rochelle succumbed to royal siege.

Arnold Whitridge describes how, in April 1768, Bougainville reached ‘an enchanting island’ in the South Pacific.

Picture postcards may seem a commonplace means of communication, but, when they first came into use, they caused a revolution in people’s writing habits. T.J. Brady writes how they led to the creation of a considerable industry and became the subject of a collecting craze almost unparallelled. 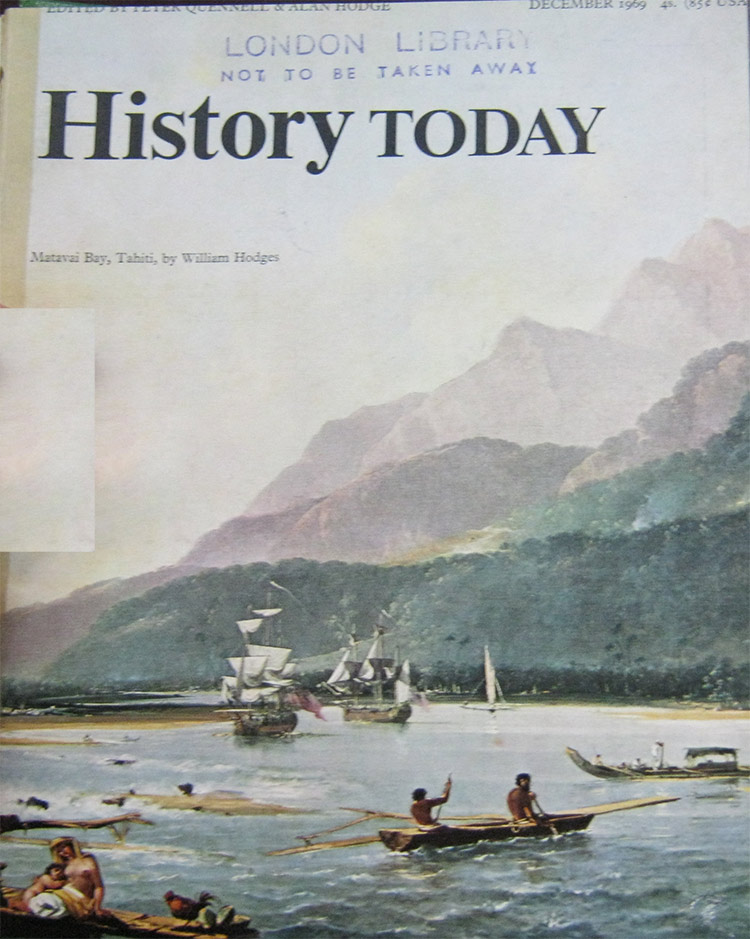