From 1831 until 1907, writes Leonard W. Cowie, Exeter Hall played a vital part in the ameliorative work of believers in human betterment.

Ronald Lewin offers his study of the German Commander as one of the ‘Great Captains’ of war.

From Bullock Dray to Tin Lizzie

The huge area of Australia, writes R.J. Unstead, has been served by a remarkable variety of transport since the foundation of the British colonies in a new continent.

Emeric Cruce and a League of Nations

During the early years of the Thirty Years War, writes Wayland Young, a monk of Paris published a book in which he outlined a peaceful future League of Nations.

Ann Leighton explains how food, folklore, and tradition all influenced the pilgrims' battle against disease.

The Art of the Tomb

Elizabeth Linscott describes how English churches and cathedrals, from the twelfth to the seventeenth centuries, abound in memorial effigies to the distinguished dead. 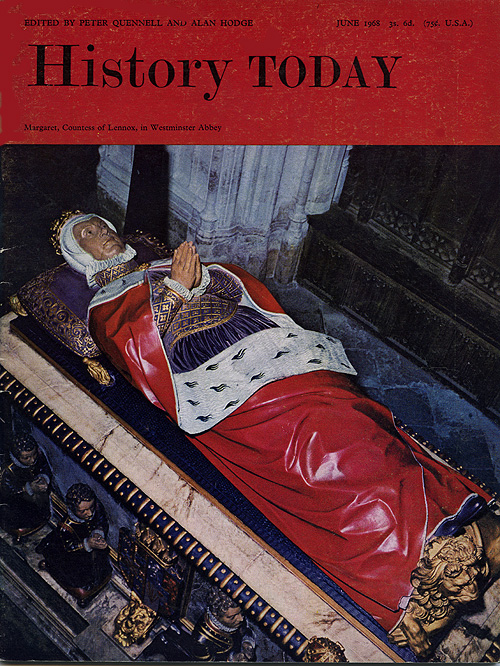