In 1785, writes Mary Beth Norton, a Loyalist physician from Boston made the first aerial flight across the English Channel.

On November 17th, 1874, when Henry Morton Stanley marched away from Bagamoyo on what was to be his greatest exploring achievement, he was retracing his own steps of 1871 along the well-worn caravan route used by Burton and Speke in 1857; by Speke and Grant in 1860, and, writes C.E. Hamshere, many Arab traders before them.

Charles III of Spain: an Enlightened Despot, Part I

Nicholas Henderson describes how a Bourbon Prince of a junior line became the greatest monarch Spain had seen since Isabella the Catholic.

Roman Script: The Origins of Our Letters

For 1,000 years before the invention of printing, writes J.J.N. McGurk, handwriting in its various European scripts was a fine art

R.W. Davies describes how the legions and their auxiliaries were employed by Roman Governors to maintain law and order in their provinces.

Voltaire and Peter the Great

‘The story of Charles XII,’ wrote Voltaire, ‘was entertaining; that of Peter instructive.’ A. Lentin describes a unique example of early modern Franco-Russian relations. 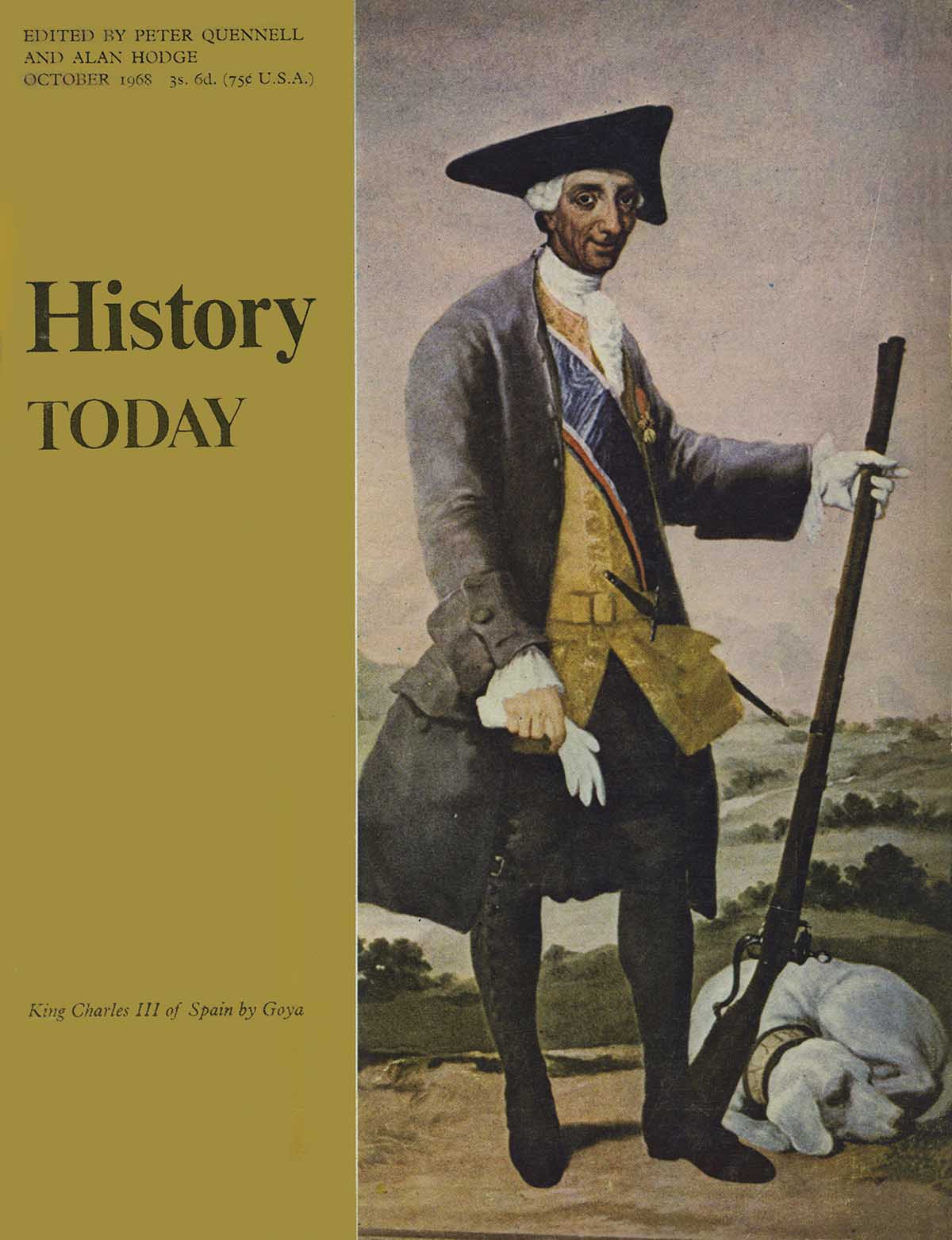