The Tolpuddle Martyrs: A Case of Human Rights

Among the traditional heroes of Trades Unionism, writes Stephen Usherwood, are the six Dorset labourers who were sentenced to transportation for ‘administering illegal oaths’.

Queen Victoria’s Consort was a man of exceptional intelligence; among his many interests, writes Winslow Ames, was the collection of early German and Italian paintings and the encouragement of contemporary artists.

For forty years, writes D.M. Hopkinson, the eccentric Vicar of a remote parish in Cornwall led a richly combative life both in High Church politics and in literature.

The Historical Roots of the Rhodesian Problem

Michael Langley writes that the enterprise of Rhodes and the creation of a white community in Central Africa were preceded by centuries of conflict between Europeans, Arabs and migrating Bantu.

Throughout the nineteenth century, and well into the twentieth, writes Robert G. Weisbord, the idea of a return to Africa stirred the imagination of Negro leaders in the United States.

J.L. Kirby describes an episode in the long struggle of the English Kings to keep their fiefs as Dukes of Aquitaine.

Nancy Mitford finds that Carlyle’s biography of the King was one of the oddest ever written, but it is ‘so carefully drawn that it finally presents a perfect likeness’. 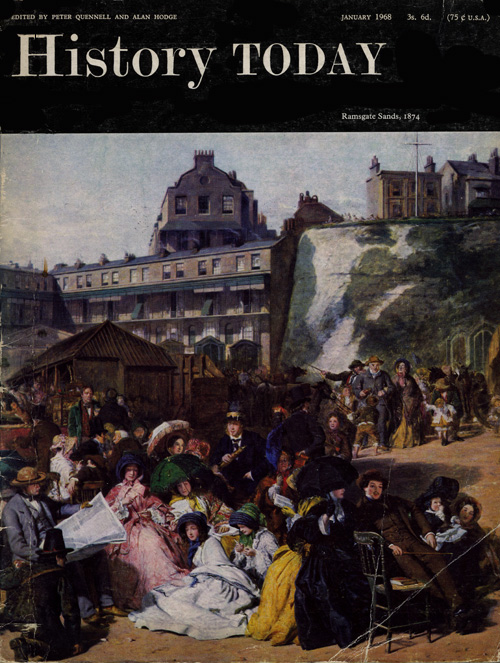