Botany and the Americas

William Gardener investigates the history of American flora and finds among its contributions to the health and happiness of Europe the not inconsiderable commodities of maize, the potato, rubber, tobacco, and quinine.

These two great English naval commanders became close friends during the seventeen-seventies; Oliver Warner describes how it was Collingwood who took over Nelson’s command when, in 1805, he died at Trafalgar.

About the beginning of the fourteenth century, writes A.L. Moir, a prebendary of Lincoln Cathedral completed his ambitious world map, in which geographical information is mixed with historical details and pictures of fantastic legendary monsters.

C.T. Allmand introduces the chronicler, Jean Froissart, who left to posterity a fascinating account of the events and attitudes of his age, which he himself mirrored so faithfully.

The Slate Figures of Cornwall

What should we know beyond our own memory without history? A.L. Rowse finds much local history in the series of fine slate-carved monuments that, wherever slate is quarried, enrich so many Cornish churches. 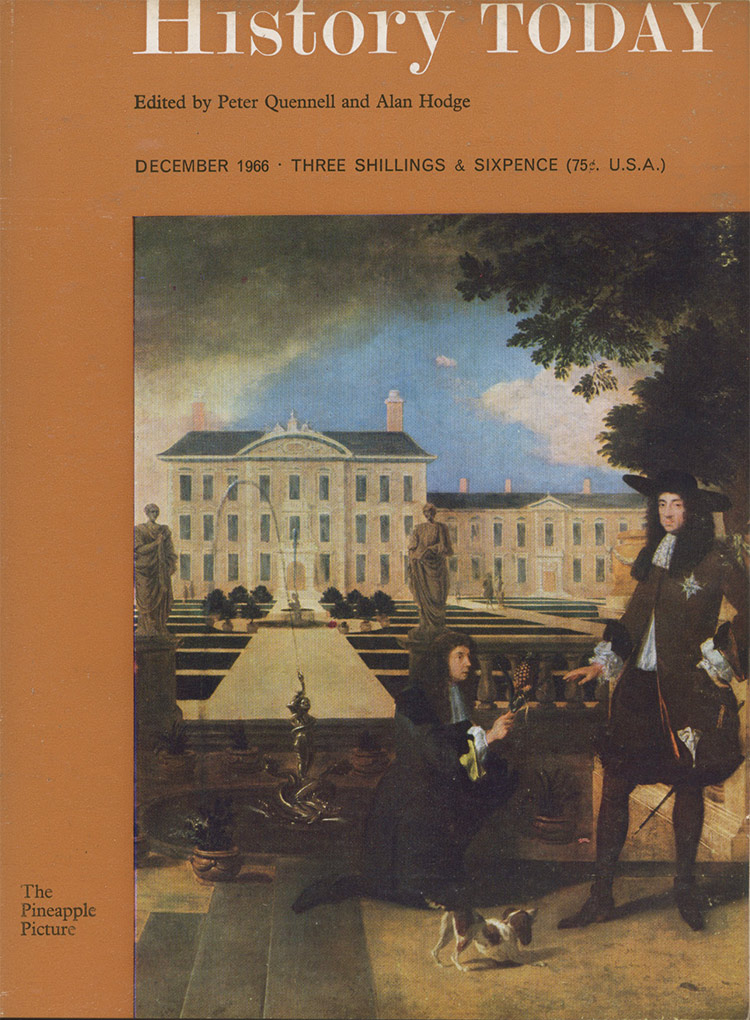