Women and Revolution under Alexander II

British Life and Leisure and the First World War

During the war years the English way of life underwent a far-reaching transformation. While shortages reduced the gaiety of existence, women achieved a new freedom, wages rose and labour increased its bargaining power.

The Revolution of 1688 and the Flight of James II

A.A. Mitchell profiles James II: the last Stuart King; brave in battle but futile as a monarch; and who signally failed to reconcile his subjects to his ossified political beliefs.

Described by Bossuet as “a Protestant in friar's clothing,” Sarpi was an historian who saw that religion might be a cloak for political designs and, as Peter Burke describes, organised his historical writings around this point.

Michael Langley writes how, as early as 1620, an English traveller wrote an enthusiastic report on the wealth of the Gambia and its commercial possibilities.

Fresh from his defeat by the Russians, Charles XII, the King of Sweden, and a body of faithful adherents took refuge in the Turkish Empire. Dennis J. McCarthy describes how he he remained there for five years, an increasingly unwelcome guest.

A.L. Rowse meets the grandfather of Shakespeare’s beloved patron, a characteristic Henrician, and a man to whom the English Reformation brought unrivalled opportunities. 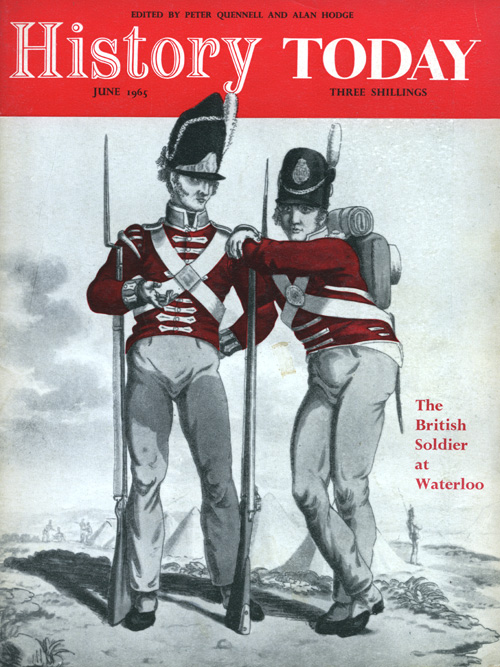