Since the end of the Second World War, writes J. Garston, there has been an enormous increase in Aden’s importance, both commercial and strategic.

Had Napoleen been killed or taken prisoner on his way to Egypt, writes W.A.P. Phillips, there would have been no Consulate and no Empire.

Born near Leeds, a builder of bridges, canals and an inventor of mechanical equipment, George John Smeaton was an eminent forerunner of his profession.

B.C. and A.D.: The Christian Philosophy of History

After the sack of Rome by the Goths in the year 410, the Roman world experienced some of the unease that afflicts Western civilization today; S.G.F. Brandon describes how the late Roman world found assuagement in the writings of Saint Augustine.

Overshadowed by the reputation of his brilliant elder brother, Robert Sidney “was not one of the flamboyant Elizabethans,” but a capable soldier and an industrious administrator.

New Light on the Encyclopedia of Diderot and d’Alembert

A characteristic product of eighteenth-century liberalism, the twenty-eight volumes of French Encyclopedia are here reviewed and reassessed by John Lough.

Anthony Bryer describes how, from 1453 to 1923 the dream of a recaptured Byzantium and a resurrected Byzantine Empire continued to haunt the Greek imagination.

Nancy Mitford describes how the King himself, Racine, Bossuet and Fenelon all became involved in the stormy history of St. Cyr. 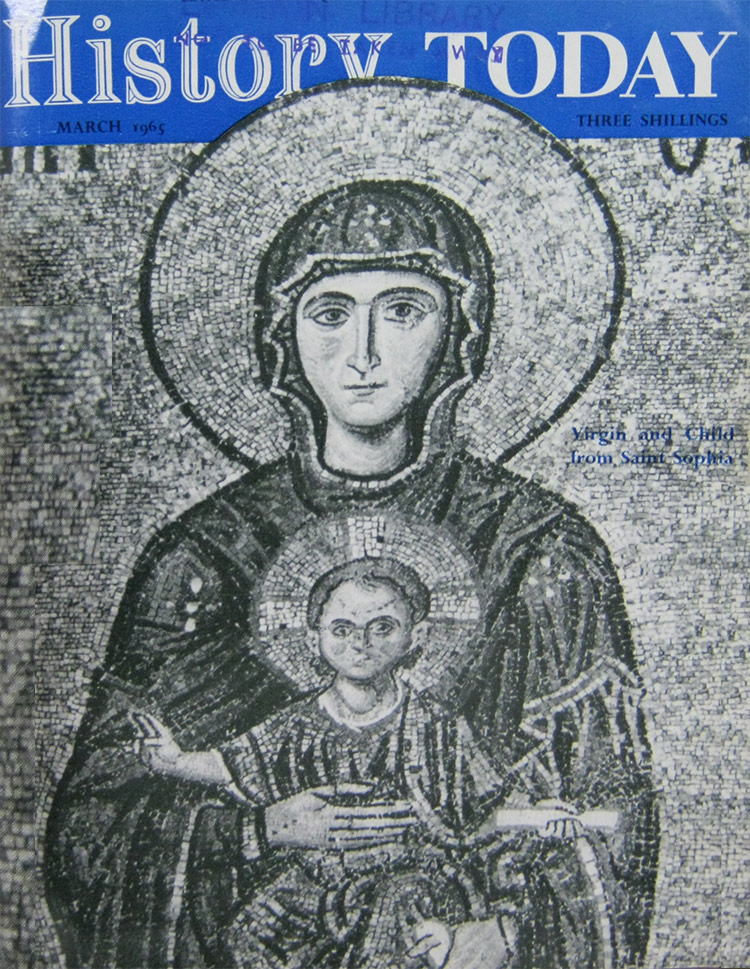