Henry D'Avigdor-Goldsmid describes an insider trading scandal that embroiled the House of Commons in 1912.

Plenty and Want: The Social History of English Diet

For the English upper and middle classes, writes John Burnett, the nineteenth century was a period of huge and ostentatious meals; but “only during the last twenty years has the population as a whole been economically able to achieve an adequate diet...”

Malacca: the Key to the East

George Woodcock describes how Malacca was once a city so rich that “its merchants valued garlic more highly than gold,” and how it has slowly dwindled in wealth and importance since the middle of the seventeenth century.

Basel and the Renaissance

G.R. Potter describe show, during the 15th and 16th centuries the scholarship of the humanists and theologians was fused at Basel into something characteristically Swiss.

Townsend Miller describes the union of the crowns of Castile and Aragon, issued in Spain’s greatest century and accomplished amid civil war and in spite of foreign intervention.

The Exclusion Crisis, Part I

J.P. Kenyon describes how the childlessness of the Queen, and the conversion of James, Duke of York, to Roman Catholicism, produced a febrile state of opinion in Restoration London, out of which rumours of a “Popish Plot” naturally arose.

The Idea of the Soul: Man's Most Fundamental Concept, Part II: In the East

S.G.F. Brandon analyses the differences that divide the Eastern and Western views of man’s nature and destiny, concluding as to their urgent significance today, as mankind becomes more closely interrelated and interdependent.

The Small Gardens of Pompeii

Wilhelmina F. Jashemski visists the heart of the Pompeian house: the garden. While some gardens were splendid and spacious, others were crammed into minute courtyards “no larger than a professor's desk,” but rich with flowers and enclosed by painted walls. 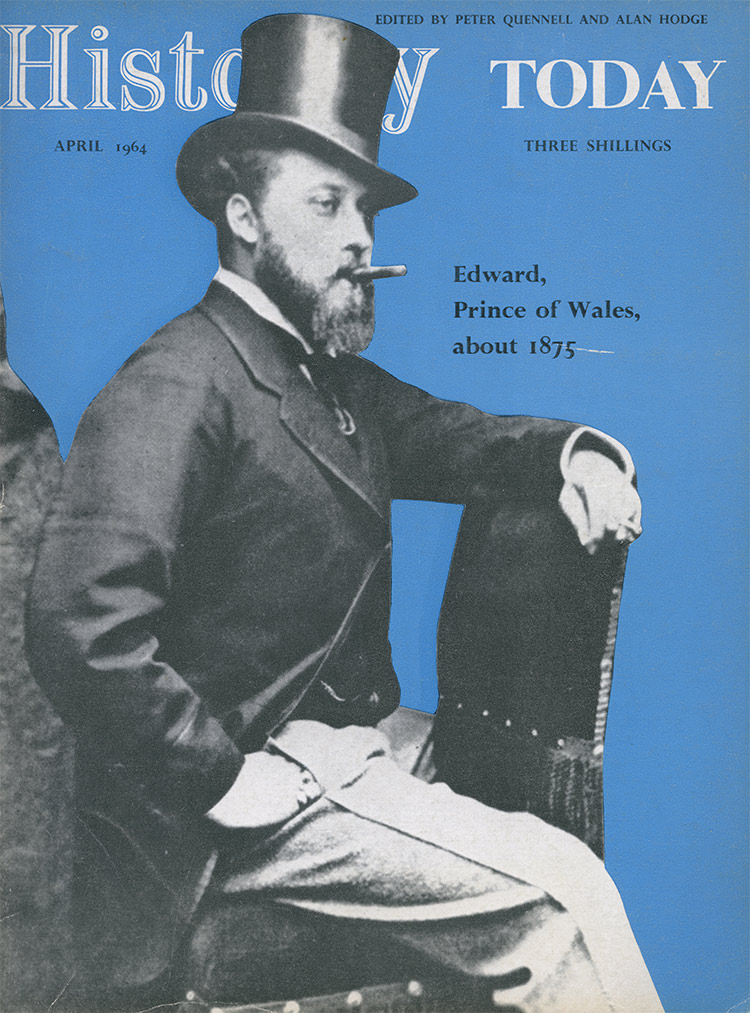