Nigeria: Two Imperialist and Their Creation

The largest of African republics possesses an ancient and composite civilization, but the form that the country takes today owes much to two British colonial administrators.

A century ago, writes Patrick Renshaw, Karl Marx and his colleagues founded in London the first International Workingmen's Association, a body from which many varieties of socialism and communism have since developed.

A continuation of Lucy Masterman’s recollections of Sir Winston Churchill as a member of the Liberal Governments before the First World War.

Heian-Kyo: the Golden Age of Kyoto

For nearly four hundred years the “Peaceful and Tranquil City” was the administrative centre of Japan, writes George Woodcock, and for more than a thousand years remained the home of the Japanese Emperors.

Ross Watson describes how, as sovereign of Sweden until 1654 and later as an exile in Rome, Queen Christina was a lavish and discriminating patron of the arts.

Henry III at Westminster: the Building of the Abbey 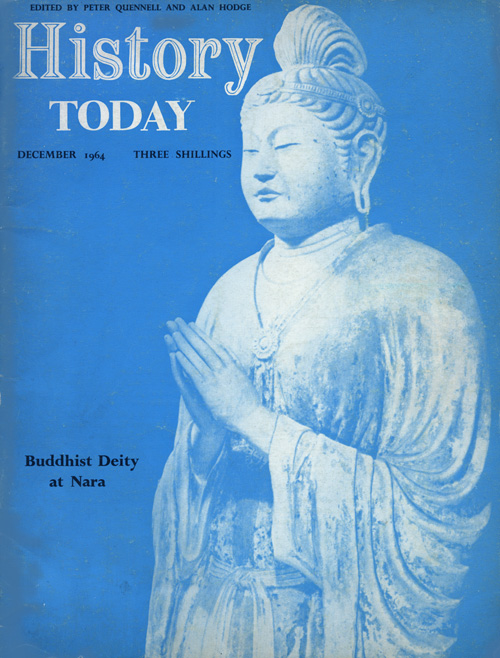