Michael Flynn, the former US national security adviser, was recently accused of violating the Logan Act of 1799 for his communications with the Russian ambassador. But what is this act, for which no one has ever been convicted and only two people charged? 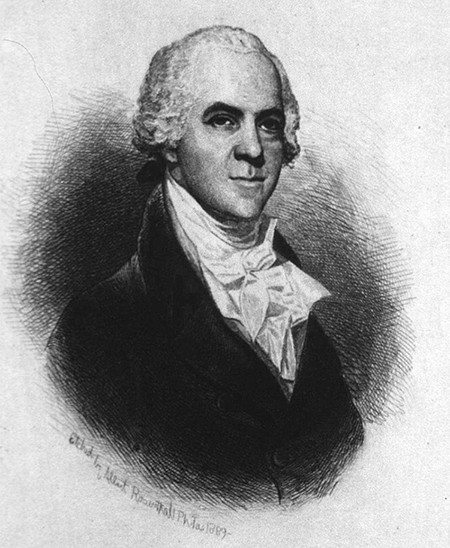 While America has gone 218 years without a single conviction under the Logan Act – a law that makes it illegal for Americans to conduct unauthorised private diplomacy on behalf of their government – two people have been charged with violating it.

In a largely forgotten episode from 1852, Jonas P. Levy became the second – and, so far, the last – American to be charged with violating the Logan Act. In that distinction, Levy joins Francis Flournoy, a Kentucky farmer, who was charged in 1803 with writing an article calling on the western states to secede and form a union with the neighbouring French territory that would soon become part of the Louisiana Purchase. Flournoy has long been considered – erroneously – the only American ever charged under the Logan Act.

According to his 1883 obituary in the New York Times, Levy escorted the Marquis de Lafayette onto the ship that carried him to America for his 1824 tour and saved his life a year later when he rescued the Revolutionary War hero from a sinking ship in the Mississippi. A merchant and sailor by trade, Levy was an admiral in the Peruvian navy and was lauded by the government for his service to the country in 1834, a year of civil war for Peru. Levy’s family was a distinguished one. They bought Monticello after Thomas Jefferson’s death, while Levy’s brother, Commodore Uriah P. Levy, was credited with abolishing the practice of flogging in the US navy.

During the Mexican War, Levy, the captain of the transport ship America, landed troops at Veracruz for General Winfield Scott, who subsequently appointed him captain of the port. It was the aftermath of that conflict that led Secretary of State Daniel Webster to advocate a treaty that would allow a US company to build a crucial railroad across Mexico, connecting the Atlantic and Pacific oceans. Levy’s attempts to scuttle that treaty would lead him to a Washington courtroom to face a charge that he had violated the Logan Act.

A group of US businessmen had acquired the rights to the grant that Mexico had awarded in 1842 to José de Garay to build a railroad across the Isthmus of Tehuantepec, a stretch of land to the west of the Yucatan peninsula, which was the narrowest point across the country. Concerned that Mexico would annul the Garay grant, which they had already begun taking advantage of by selling land along the route, its US holders at the New Orleans Tehuantepec Company turned to the State Department for help.

President James K. Polk had sought the rights to the Tehuantepec crossing as a prize in the Mexican War, but Mexico refused to cede it during the negotiations that led to the Treaty of Guadalupe Hidalgo, because it had already awarded the grant to Garay. With Americans flocking west to California and other newly acquired territory in the postwar years and with options for overland transportation limited, the isthmus had not been forgotten in Washington. By the time he assumed office for his second stint as secretary of state in 1850, Webster considered the proposed passageway across the isthmus to be of vital importance to the United States. At the request of the grant holders, he and Robert P. Letcher, the US ambassador to Mexico, urged the Mexican congress to pass a treaty that would have made Tehuantepec a protectorate of the US, with the two countries enjoying equal rights to intervene in the isthmus if the need arose. 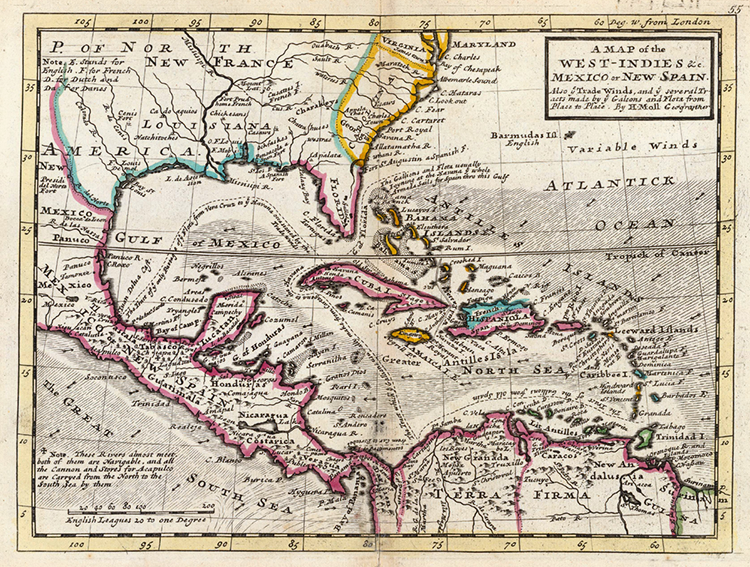 Mexico, having only recently lost half its territory to the United States, was in no mood to make further concessions to its colossal northern neighbour. Many Mexican politicians worried that Tehuantepec would become another Texas, a stepping stone to further American aggression and annexation. Furthermore, the Mexicans wanted the Garay grant annulled. Despite protestations from Mexico City, Webster refused to separate the two issues, since the entire purpose of the treaty was to protect the holders of the Garay grant. That purpose became moot in May 1851, when Mexico rescinded the grant and ordered the New Orleans Tehuantepec Company to withdraw from the isthmus, calling Webster’s bluff to withhold US payments to Mexico.

Unable to secure a new treaty and unwilling to go to war, Webster and President Franklin Pierce tried a new approach. They instructed Letcher to offer Mexico $3 million as part of a new treaty. In exchange, Mexico would free the US from Article XI of the Treaty of Guadalupe Hidalgo, which obligated America to restrain Indian incursions into Mexico, and which the US had failed miserably to uphold. America’s inability to curb the frequent incursions into Mexico by ‘filibusters’, soldiers of fortune seeking to conquer Latin American lands, further inflamed relations between the US and Mexico. Cash-strapped though it was, Mexico was unmoved by the offer. Letcher reported back to Washington that the proposed treaty was opposed by every faction and ‘fragment of a faction’ south of the border.

The stubbornness of the Mexican government was not Letcher’s only problem. His fellow Americans were also frustrating his and Webster’s designs. He informed the secretary of state in a letter of 14 December 1851 that US citizens were writing to Mexican President Mariano Arista, urging him to reject the Tehuantepec treaty. ‘I expected, and was fully prepared, to meet opposition of all kinds, from this country, and from other countries, but I am free to say, I did not look for it from my own country. “A fire from the rear” took me at surprise,’ Letcher wrote. By way of example, he enclosed a copy of one of those letters, from Levy to Arista, ‘as a specimen of others of a similar character which many persons of this city have received from the United States’.

Levy, a merchant and ship captain who had settled in the Mexican state of Tabasco in 1843, had acquired a grant of his own to build a railway across Tehuantepec, which was awarded to him by Mexico’s congress in 1850. To bring his plans to fruition, he needed Mexico to reject the treaty that Letcher and Webster were trying to foist upon it. In a letter of 7 November written to warn Arista of ‘the pending danger of your government and loss of your territory’, Levy counselled the Mexican president against trading away his country’s right to American protection from Indian raids, which he proclaimed was ‘worth more than all the Gold mines of California to you’. Levy wrote that he awaited only Arista’s signature on his grant. ‘My steamers are all ready for operation, and I have sufficient funds in Mexico to complete my route in a short time so soon as I get your signature to the acts of Congress, to carry out my grant to become a law’, Levy wrote from Washington, which he explained he had visited ‘to defeat the nefarious plans of Jose de Garay and his companions in the Tehuantepec matter’, who he said were in the capital to plot with Webster.

Upon receiving Letcher’s letter, Webster took swift action to fend off the ‘fire from the rear’. He instructed Philip R. Fendall, the US attorney for the District of Columbia, to seek an indictment against Levy under the Logan Act. Levy was arrested in New York shortly after unsuccessfully petitioning Congress for an advance of $300,000 to begin construction on his proposed Tehuantepec route, The Sun of Baltimore wrote. According to newspaper accounts, his bond was paid by Emanuel Hart, a Democratic congressman from New York. In an indignant defense, published in The Sun, Levy said he had done nothing more than write a letter to Arista ‘to protect my rights under a contract with Mexico under the conflicting claims of Garay & Co., Mexicans. How this can be made a criminal offense against the United States, or any member of the government, remains to be seen’.

Webster’s decision to prosecute Levy for what was, even then, regarded as an archaic law was met with mockery in some quarters. The New York Daily Times described the Logan Act as a relic of the oppressive days of John Adams’ Alien and Sedition Acts. Adams and the Federalist-controlled Congress passed the law after George Logan, a Philadelphia doctor and friend of Jefferson, travelled to France as a private citizen to try to avert a coming war between the two former allies. The Federalists, wary that the Democratic-Republicans might collude with revolutionary France against them and the nation, responded by passing the Logan Act, which forbids Americans from communicating with foreign governments regarding controversies with the United States. Unlike the Alien and Sedition Acts, the act remained on the books after Jefferson and the Democratic-Republicans rose to power. ‘It has slept unnoticed for fifty years – nobody ever having been tried or convicted under it from that time to this. In this year of grace 1852, it has been exhumed, like the fossil remains of some creature of the past, whereof no likeness now exists,’ the Daily Times opined. ‘And it is to be made the instrument for punishing the act of writing a very stupid and unimportant letter to the President of Mexico.’

Prosecuting Levy turned out to be far more difficult than securing an indictment against him. Unsurprisingly, Levy’s attorney demanded that Fendall produce the original letter, along with proof that Levy had written it and that Arista had received it. The request was enough to secure Levy’s freedom and prevent him from becoming the only American to be convicted of violating the Logan Act. On 2 April 1852, Letcher wrote to Webster to inform him that Arista refused to turn over the original Levy letter that Letcher had copied and sent to Webster. ‘He says his American correspondents had furnished him constantly with useful information and he could not and would not betray them,’ Letcher told the secretary of state. Fendall was forced to drop the case in June.

Webster was no more successful in obtaining his treaty than he was in convicting Levy. He authorised Letcher to increase his offer to $5 million, but it was not enough for Mexico, which demanded $12 million and other concessions. Mexico’s Chamber of Deputies ultimately rejected the proposed treaty by a vote of 71-1. Letcher attributed the overwhelming defeat of the treaty to Mexico’s ‘uncompromising hostility’ to the Garay grant.

The Logan Act has lived on, but only as a political threat used by partisans when their opponents find themselves embroiled in a controversies involving foreign countries. Henry Ford, William Bullitt, Martin Luther King Jr, Jane Fonda, Jesse Jackson, Jim Wright, Nancy Pelosi, Tom Cotton and Donald Trump are among the Americans who have stood accused in the past century of violating it. Most recently, Michael Flynn was accused by some of breaking the 1799 law through his communications with Russia’s ambassador to the United States, a scandal that forced his resignation as Trump’s national security advisor. But though many have been accused, none have joined Flournoy and Levy on the strikingly short of list of Americans to actually be charged under it.

Jeremy Duda is the author of If This Be Treason: The American Rogues and Rebels Who Walked the Line Between Dissent and Betrayal (Lyons Press, 2016).