The hospital at Bamburgh Castle in Northumberland was a remote but vital resource, functioning differently from all other medical institutions in the 18th and 19th centuries. 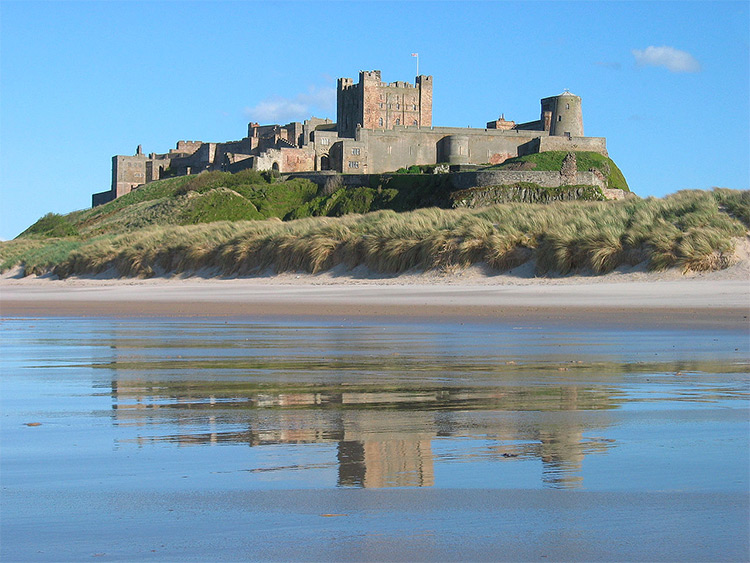 In summer 1772, Dr John Sharp, archdeacon of Northumberland and renowned philanthropist, met with the other Trustees of the late Lord Nathaniel Crewe's charity. The trust, which is still in existence, distributed income from Crewe's estates to benefit the poor. Noting the distance from hospitals in Newcastle and Edinburgh it was 'agreed and ordered' that a new medical institution should be established, equipment and drugs ordered and a surgeon employed to 'give advice, administer medicines … and do everything that shall be done in a regular infirmary'. This was to be an impressive institution, capable of treating thousands of outpatients every year and worthy of any large Georgian town. Its aim to provide for the 'sick and lame objects' of the community was a veritable mission statement for 18th-century urban charitable worthiness. But this institution was not in any town; it was located in Bamburgh Castle, a medieval leviathan on a remote part of the Northumberland coast.

Sharp was a remarkable figure, and indeed part of a remarkable family. His father, another John Sharp, was a renowned clergyman and religious author. One brother was Granville Sharp, an anti-slavery campaigner, another, William, the surgeon at St Bartholomew's hospital. William acted as advisor to the 'infirmary', supplying a list of equipment befitting a modern hospital. It may be no coincidence that Granville was a correspondent of Dr John Coakley Lettsom (1744-1815), the physician and philanthropist who established the first dispensary in London. Using his own money, as well as the Crewe charity, John Sharp converted Bamburgh Castle to various charitable uses including a school, corn charity, library, home for shipwrecked sailors and his medical institution.

From the 1730s, hospitals and infirmaries began to spring up in burgeoning towns across England and Scotland. Hospitals catered for in-patients, often had a large staff and had surgical facilities. They were generally large and imposing features of the town landscape and were usually purpose built. In the 1770s, however, a second type of institution emerged – the dispensary. Dispensaries, however, were much smaller. Rather than treating surgical cases, they specialised in medical conditions like fevers and undertook running repairs rather than major surgery.

Their huge fund of money, plus the actual castle building, gave the Crewe trustees freedom to explore a range of options. Bamburgh had no subscribers, no board of governors to answer to and no weekly meetings. As such, Sharp had relative autonomy. Aware of medical developments in London, and spurred on by the remoteness of the castle, he wanted it to be a thoroughly 'modern' institution. Importantly too, he was not restricted to using Bamburgh for one medical purpose. In fact he created several. Contemporaries referred to Bamburgh in various ways, including 'infirmary', 'hospital', 'surgery' and 'dispensary', each of which usually denotes a specific type of institution. Within the castle, however, individual rooms were put to different purposes. The infirmary room for shipwrecked sailors contained the beds. Other rooms combined a dispensary, surgery and store of drugs. This was relatively unusual for the time.

The medical facilities at Bamburgh were cutting edge for the time. Alongside standard equipment were innovations like the electrical machine. Medical electrocution was the coming thing, with a 'healthy' dose of current considered a useful expedient for many chronic conditions. An entry in the infirmary ledger mentions repairs to the chair, which had come loose from its mountings, perhaps wrenched loose by the vigorous flailing of an electrified patient? Another was the recently invented 'machine for the recovery of the apparently dead'. In line with changing beliefs about the potential to revivify recently dead (especially drowned) bodies, and indeed a society dedicated to researching the matter, the use of artificial respiration 'machines' resembling bellows was gaining support. Riding another popular wave of the perceived medical benefits of bathing, Bamburgh had mechanically operated hot and cold seawater baths and even an infirmary carriage and sedan chair to transport invalid patients to the beach for a restorative dip. All of this took up just a few rooms in the castle. 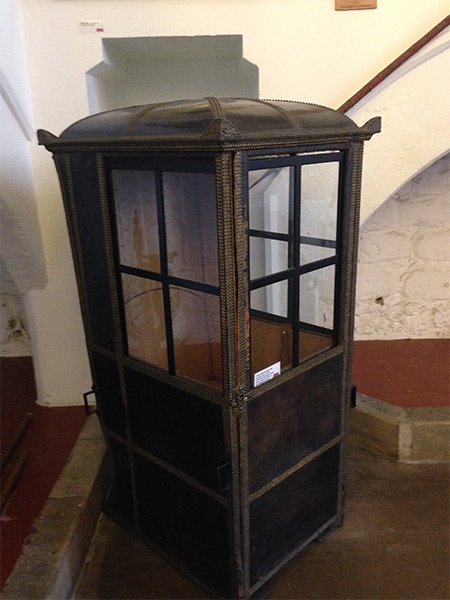 The medical staff was small, including a physician and surgeon and two assistants – one for bookkeeping and general duties, the other to actively assist in treatment. Bamburgh's primary function was to provide outpatient services rather than treat long-term conditions. At most it had around 19 beds, mainly for the use of shipwrecked sailors. Despite being located in a parish of fewer than 2,900 people, it was extremely popular. In its first year Bamburgh treated a modest 206 patients. In 1775 this had more than doubled, and in 1781 it treated 1,106. By the end of that decade the infirmary was regularly treating more than 1,500 patients every year and was spending more than £250 annually on treatments and drugs. These numbers compare favourably with many 'flagship' hospitals in major Georgian towns such as Bath and Birmingham and even some London dispensaries. In fact, between October 1777 and September 1790 the Newcastle Dispensary treated 10,866 patients. In the same period Bamburgh treated 22,213.

Like other contemporary institutions, Bamburgh treated many conditions. A surviving patient register notes everything from common conditions such as coughs and colds to infections like chicken pox, gastro-intestinal disorders and various bumps, breakages and contusions. Sick parishioners unable to reach the castle, along with expectant mothers, were visited in their homes. The poor were also freely inoculated against smallpox. Here again, John Sharp was at the vanguard of changes in medical treatment and prevention, since the inoculation 'movement' had only recently gathered pace. It also seems that treatment was highly successful. Between 1773 and 1804 the mortality rate amongst Bamburgh patients never rose above 3 per cent. 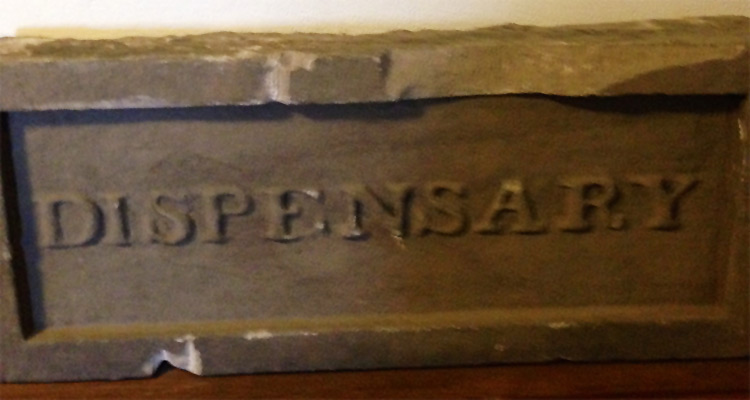 Perhaps the biggest difference between Bamburgh and virtually every other hospital and dispensary, though, lies in the way it was funded. Urban institutions were funded by subscription. Individual donors subscribed an annual sum. In return, they could recommend a number of patients per year for treatment on a sliding scale according to their donation. Unlike today, patients could not simply turn up, and instead required a signed certificate from a subscriber attesting to their eligibility for treatment. But, funded entirely by Crewe's charity, and devoid of the restrictive bureaucracy of some urban institutions, it was arguably easier for anyone, but especially the poor, to be seen with relative ease at Bamburgh. A quick note from a local clergyman confirming their status as a poor 'object' was sufficient. This, at least, probably accounts for its high patient numbers.

Under Sharp's leadership the Bamburgh facility was an extraordinary experiment: a privately funded medical institution run freely for the poor, including 'English, Scotch and foreigners'. It treated thousands of people but was located in a remote, rural parish. It was funded and run differently from virtually every other medical institution at the time and was indeed established during an interesting period of flux in terms of ideas about medical provision for the poor. As such it offers a different perspective upon the provision of medical philanthropy in the 18th century.

Given the centrality of its founder in running the castle it is unsurprising that, after a rapid rise between 1772 and 1790, the institution slowly declined after his death in 1792. Record keeping diminished in the immediate period after Sharp's death, patient numbers seemingly declined and it was hit by a government inspection in the 1860s and a later agricultural depression. Nothing now remains of the original buildings. It is worth noting, however, that the final payments for medicines from the Crewe charity to the poor of Northumberland did not cease until 1958, almost two centuries after John Sharp established the institution.

Alun Withey is a Wellcome Research Fellow at the University of Exeter, specialising in early modern medicine. @DrAlun 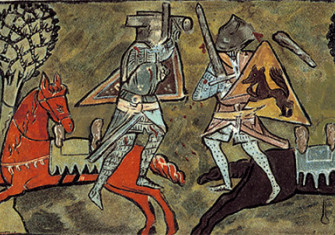 King Arthur and the Church