In describing the violent culture of the fifth and sixth centuries, the term ‘Dark Ages’ has both meaning and resonance. 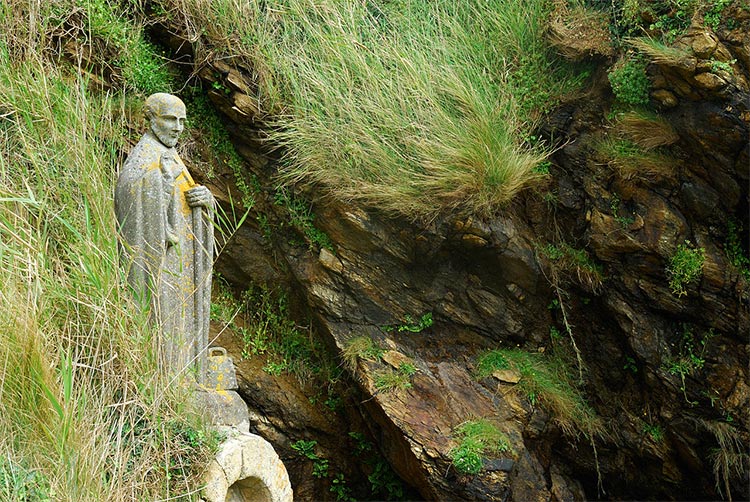 Recently, Kate Wiles took English Heritage to task for describing the period c.410 to 1066 as the ‘Dark Ages’, which the organisation does both in its timeline Story of England and in information boards at historical sites around the country.

Wiles is not alone in championing Anglo-Saxon England as being anything but ‘dark’. However, her call to arms suffers from similar flaws to the English Heritage timeline. It is not the term ‘Dark Ages’ per se that is wrong, it is how it is applied.

The root of the problem lies in the use of a single term to describe the period c. 410-1066 – 656 years is too long for a period to have any meaning. It amounts to more than 150 per cent of the late medieval period (1066-1485), which English Heritage considers too long and which it therefore divides into two sections (before and after the Black Death).

The massive variations of government and culture mark out these 656 years as a whole succession of tumultuous periods. England went from a state of post-Roman collapse to an emerging set of Anglo-Saxon kingdoms, fringed by Celtic ones. The number of those kingdoms diminished and rose and fell in importance until Æthelstan became king of England in 927. Before and after that date Britain was riven by Viking invasions. Parts of the kingdom were occupied by invaders; eventually the whole kingdom was subsumed in Cnut’s empire.

It is in describing the violent culture of the fifth and sixth centuries, combined with the obscurity of the politics of the period, that the term ‘Dark Ages’ has both meaning and resonance. When states collapse, the process is usually obscured by the confusion that surrounds that violence. Therefore the term is useful for those of us who need to explain to the public what happened when the Roman Empire crumbled.

However, the evidence that Wiles cites to diminish the idea that the Anglo-Saxon period was ‘dark’ dates from the seventh century or later. She states that the Anglo-Saxons ‘had an elaborate legal system’, that the country was ‘peopled with learned men and women, highly educated in Latin and English’, that ‘charters show that laws, administration and learning were not just for an educated elite’, that the coinage ‘shows an elaborate and controlled economy’, and that the Saxons ‘had trade routes stretching across the known world and were… able to buy spices pigments and cloth from thousands of miles away (many manuscripts use a blue pigment made from lapis lazuli, brought from Afghanistan).’

None of these things were true of England between 410 and 597. No set of law codes was written down until that of Æthelberht of Kent, after his conversion to Christianity (between 597 and 601). No charter or copy of a charter dates from before 600. No original Anglo-Saxon document of any sort – let alone one decorated in lapis lazuli – dates from those years. No coins were minted in England. No buildings survive beyond excavated post-holes, a few stone foundations and some walls incorporating re-used Roman bricks. The best evidence for long-distance trade is the excavated shards of pottery from abroad, but these could be as much due to the work of pirates as long-distance traders. The term ‘dark’ is appropriate for how little we can see of these two centuries and how little cultural achievement or innovation is visible.

A glimpse of what these ‘Dark Ages’ were was like for those that lived through them may be gleaned from Gildas’s Of the ruin and conquest of Britain, written in the first half of the sixth century. He wrote of the Saxon invasion that

all the columns were levelled with the ground by the frequent strokes of the battering-ram, all the husbandmen routed, together with their bishops, priests, and people, whilst the sword gleamed and the flames crackled around them on every side. Lamentable to behold, in the midst of the streets lay the tops of lofty towers, tumbled to the ground, stones of high walls, holy altars, fragments of human bodies, covered with livid clots of coagulated blood, looking as if they had been squeezed together in a press; and with no chance of being buried, save in the ruins of the houses, or in the ravening bellies of wild beasts and birds;

When Gildas set out to write of the decline of Roman authority in Britain and the ensuing invasion, he could find no domestic sources at all and had to use continental sources. Even though his literary style shows that there were still men of education and erudition in Dark Age Britain, he was one of a very small number. Even in the period 960-1060, there were probably no more than a thousand literate men in England at any one time. It is unlikely that there were more than a few dozen in Gildas’s time. The fact that his work alone has survived, and that later Saxon compilers had no alternative authors on whom to draw, indicates that he was a brilliant jewel in a very dark age.

It was around 600 that the kings of Kent started granting charters, had sets of their laws written down and commenced minting their own coins. The marriage of Æthelberht of Kent to a Frankish bride, Bertha, and his adoption of her religion of Christianity, further linked him to Continental powers, with their long-distance information networks and trading routes. These cultural features, which are all indicative of a more stable state, contrast with the preceding period. Indeed, they may be counted as constituting something of a renaissance, and thus a termination of the cultural crises that perpetuated the Dark Ages.

‘Dark Ages’ thus has real relevance for describing the post-Roman period. It is useful that it has become widely known as a plural, for it does consist of ages – the decline of Roman Britain, the age of invasion by Continental warriors, a protracted period of rule by warrior kings and finally the emergence of series of relatively stable kingdoms, each capable of introducing the legal, social and economic reforms necessary for the prosperity of its people.

However, that last ‘age’ is unlikely to have been experienced at the same time all over England. The Dark Ages may have drawn to a close in Kent around 600 but they lasted longer elsewhere. Wessex saw its first charters issued around 670 and its laws written down in the reign of King Ine (r.688-726); its earliest coins may have been minted in Ine’s reign, too. Genuine charters in Mercia date from the 690s and coins appeared in the early eighth century. In Northumbria, coins were minted from at least the reign of Aldfrith (685-705). At the same time, a cultural renaissance took place there, which resulted in the greatest artistic and literary treasures of the age to survive, including the Lindisfarne Gospels (c. 700) and the works of Bede.

Few would argue that the Dark Ages extended much beyond 700 and Wiles was right to object to English Heritage’s use of the label to describe the eighth century and later. In addition to the flourishing of Kent and the Northumbrian renaissance, there was a Carolingian renaissance under Charlemagne, in which Englishmen like Alcuin played a role. The reign of Offa (who ruled over Mercia and most of southern and central England) was also of international significance. Offa had a gold dinar minted in his name with an Arabic inscription praising Allah in order to open up trading opportunities for his subjects in the Muslim Iberian caliphate.

There is no doubt that separating the Dark Ages from the later Saxon period will displease some educators, especially given the fact that there is no specific cut-off date that can be applied to the whole country. In that, the phrase is rather like ‘The Renaissance’: it describes a phenomenon that has meaning in different places at different times. But that is its virtue. It is a simple term that does something complex: it transcends the usual dynastic borders and difficulties of date and illustrates something of the character of the age. But it does not represent England between the eighth and 11th centuries.

Lastly, I recognise that English Heritage have used the term ‘the Dark Ages’ out of a desire to help people understand the past. However, it has dropped the professional bar too low. Architects, when designing buildings for the public, are not expected to lower their professional standards. Nor are politicians, doctors, lawyers and members of any other profession. So why do heritage organisations and TV producers think that they somehow improve their service to the public by simplifying their subject to the level of misinformation? Those who stoop almost to the level of amateurism to engage the public are doing no one any favours.

Ian Mortimer is author of The Human Race: Ten Centuries of Change on Earth (Vintage, 2015).