In Defence of History on TV 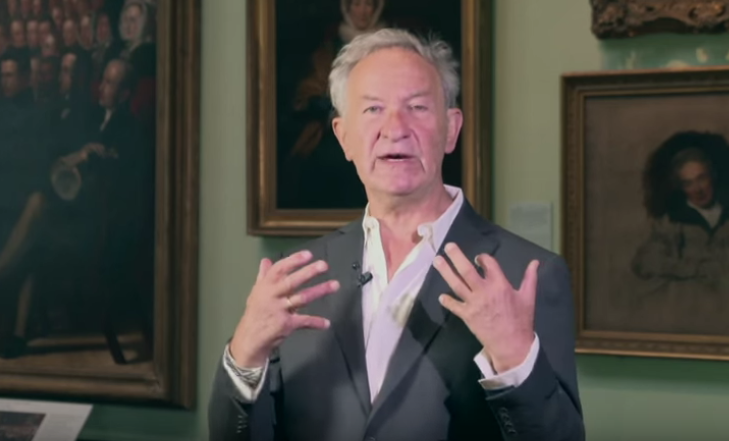 Television is in bad shape. Facing competition from video games, social media and online streaming services – all of which seek to overturn its long-established dominance – TV faces the toughest commercial challenges in its history. And those voices that criticise television for being too low-brow, for being, in their view, an entirely unintellectual form of entertainment, have never gone away. Historical television is a frequent target for those critics, who say history on TV (when it is produced at all) is often represented by nothing more than a collection of platitudes read over an emotive soundtrack and embarrassing reconstructions of dubious accuracy.

There is some truth to this observation, but I happen to disagree. Historical television still retains tremendous power, tremendous potency, and a truly great potential for educating and entertaining millions of people.

Take, for example, Simon Schama's latest documentary series, Face of Britain, which I think deserves to be recognised as a distinct and genuinely important work of historical scholarship. The way Schama describes the tension between portraitist and sitter – especially with reference to the confrontation between Winston Churchill and Graham Sutherland, who was commissioned by Parliament in 1954 to paint an ill-fated likeness of the wartime leader – is apt and even profound. ‘What would you like, the bulldog or the cherub?’, Churchill is said to have demanded of Sutherland at the beginning of his first sitting. It was an inauspicious start to a dysfunctional relationship, one which saw both participants humiliated and a true artistic treasure destroyed. Schama includes this as a cautionary tale; in the creation of bona fide art, a battle of wills between the painter and the painted can have dire consequences.

Schama’s series marries his sense of history and his appreciation for the artistic; this hybrid perspective, which showcases instances of interplay between the two, is an engaging, informative and infectious one. Which other popular medium would afford space and time for an affectionate look at James Gillray’s political satire? What other medium could combine the intellectual and the visual with such flair? Added to this is beautiful, lingering camerawork with a real sense for the effective, evocative image. Like Alastair Sooke’s excellent investigation of the treasures of ancient Rome, which took a little-examined subject and made it the focus of an idiosyncratic and thoroughly convincing analysis, this series contains much which ought to be championed and replicated.

No survey of history on television would be complete without mentioning A. J. P. Taylor's televised lectures – here I am particularly referring to The War Lords – and his ability to create fascination from a reasonably austere televisual template. The eminent academic simply stood in front of a camera and spoke for half an hour on a matter of historical importance. This format was initially contrived as an experiment, but it soon proved a winning formula, making Taylor one of the most well known historians of his generation. Taylor’s obvious erudition and skill for communication, coupled with a mastery of the subject matter and the ability to speak without notes, made his TV work unbeatable – and mean that it is still compelling to watch today.

Furthermore, it must be noted that TV history does not need to be quite so directly cerebral, so professorial, in every instance. One could point to Kenneth Clark’s landmark series Civilisation in demonstration, which is renowned for its sumptuous use of colour and unapologetic focus on visual splendour in addition to the intellectual heft it undoubtedly contains.

All of this ought to inspire optimism. History retains a tremendous appeal, and constant advances in technology mean that the technical frontiers of what can be accomplished – in terms of lighting, sound, and the cultivation of striking visual imagery – are forever expanding. The unconvincing and poorly-acted reconstructions which formerly plagued much of historical television may soon be relegated to the past.

It must be said, however, that some caution ought to be observed for the sake of subtlety. The Dark Charisma of Adolf Hitler, a BBC documentary series from 2012, made use of spectacular landscape shots and a powerful, sonorous soundtrack. Sadly, however, all of this effort was somewhat undercut by the extensive use of special effects – most of which were flame-related – to denote the evil of Hitler’s vision for Germany and the world. This viewer appreciates the effort and expense involved, but he wonders if this darkness and malevolence could be expressed with fewer attempts to turn television screens nationwide into an impromptu visualisation of Dante’s Inferno.

But the conclusion to draw is largely a very positive one. While some elements of historical television are in poor shape – think for example of the History Channel, which largely broadcasts nothing of the sort – there are still great and exciting and worthwhile programmes out there, if only we took the trouble to find them.

James Snell is a writer at Harry's Place and Left Foot Forward. @James_P_Snell