The great statesman had a cavalier approach to his tax affairs. 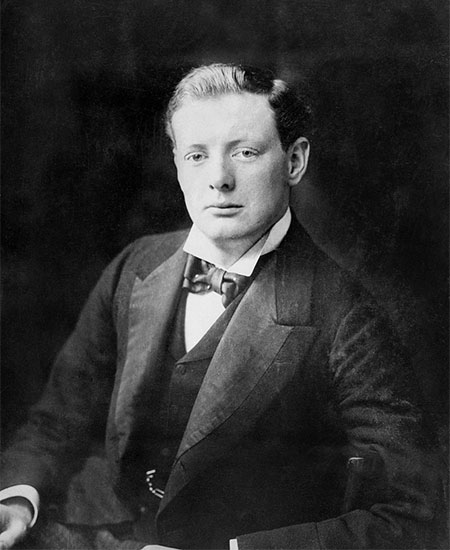 As David Cameron tries to cast off the Panamanian cloud hanging over his family’s tax affairs, he may look back enviously on his illustrious predecessor, Winston Churchill. It was just as well that no hacker infiltrated his lawyer’s files in his lifetime.

Churchill paid tax quite happily for the first 40 years of his life. His attitude changed after the First World War, when rates of taxation climbed above 50 per cent and stayed there. Authors were allowed to spread their tax payments over three years, but Churchill had long since spent the advances. He kept the show on the road by constantly taking on new writing assignments until his unexpected appointment as chancellor of the exchequer in 1925 brought the system to a halt.

As chancellor he was responsible for the tax system; yet he owed £400,000 of tax in today’s money and had no means of paying it. Churchill summoned Richard Hopkins, the young chairman of the Inland Revenue, and asked for suggestions. Hopkins spoke to his technical staff before writing to Churchill in his own hand on plain notepaper. Helpfully he pointed to an ‘anomaly’, which would halve Churchill’s tax liability: he should ‘retire’ as an author, then claim any unpaid fees as capital receipts (which were untaxed) rather than income.

All went well until Churchill discovered a year later that it was impossible for him to live on a Cabinet minister’s salary (worth around £250,000 today). Anxious to resume writing without invalidating his ‘retirement’, Churchill re-summoned Hopkins, who duly consulted his senior staff again before sending another private draft letter for Churchill to send him. ‘It should be OK’, Hopkins forecast; it was.

Churchill’s experience as chancellor proved a valuable preparation for more serious hostilities with the Inland Revenue while he was prime minister during the Second World War. For tax reasons, Churchill retired again as an author as soon as war broke out in September 1939. Nevertheless, he continued to work on the manuscript of History of the English-Speaking Peoples late at night at the Admiralty, where he was First Lord. He badly needed the money due on its completion.

He had to put the book aside on becoming prime minster in May 1940. However, newspapers and publishers offered good money to reprint Churchill’s prescient pre-war articles and speeches, so that by 1941 his annual earnings from these sources reached today’s equivalent of £600,000 a year.

The Inland Revenue was clear that these earnings must be taxed as income, which entailed a marginal rate of 97.5 per cent; Churchill’s advisers thought his ‘re-retirement’ as an author might qualify them as capital receipts which would not be taxed at all. For a man who still owned lenders more than £1 million in today’s money, the decision was hardly complicated. Although the war was still going badly, Churchill challenged the Inland Revenue’s assessment at a tribunal, banking on support from its lay judges. As he expected, they found for him. Senior Inland Revenue officials lobbied to take the case to a public appeal but their chairman issued a one-word command: ‘Acquiesce’.

Britain’s tax authorities hardly laid another glove on Churchill during or after the war. They agreed that his valuable wartime sales of the film rights to early books should be treated as untaxed capital receipts; as were postwar sales of the reproduction rights to his paintings and speeches. They nodded through a complex scheme that sheltered from tax two thirds of the large publishing sums that Churchill and his family trust received for his wartime memoirs. When the long-delayed History of the English-Speaking Peoples finally appeared after Churchill stepped down as prime minister in 1955, his third and final retirement as an author was carefully timed to keep the majority of that book’s earnings, too, from the taxman’s clutches.

Today the National Archives house two thick Inland Revenue files documenting its dealings with Winston Churchill: the first was opened only in 2004; the second remains closed until 2040.

David Lough is the author of No More Champagne: Churchill and His Money (Head of Zeus, 2015), which was shortlisted for the Longman-History Today Book Prize, 2016.