The way we spell words seems integral to our identity. But spelling is neither fixed nor permanent, and we have a long history of attempts to reform it – some more successful than others. 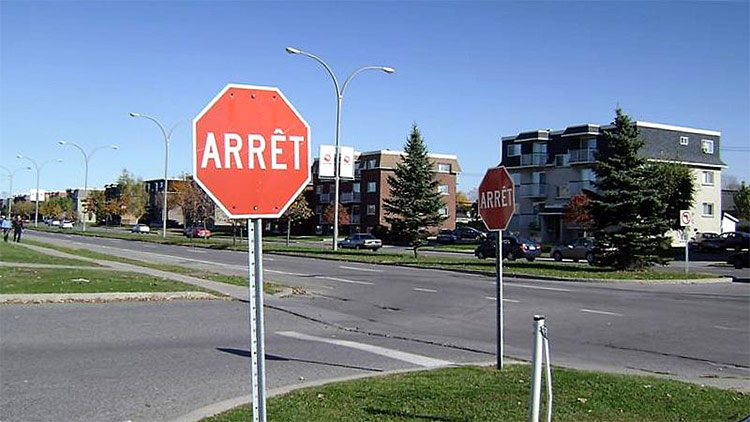 Le circonflexe est mort, vive le circonflexe. Last week all hell broke loose when a story emerged that the French language was about to lose its circumflex – the ‘ˆ’ symbol that appears above some letters. Never mind that the change applied only to certain vowels, in certain words, that it was decided 26 years ago and that the ruling was optional. For many people, this was madness: This! Is! Spelling!

Social media adopted #JeSuisCirconflexe (‘I am circumflex’) as a protest hashtag, and words like massacre were trotted out. This might seem a touch extreme, but it is nothing new: similar reactions followed Waterstones’ decision to drop the apostrophe from its brand name and the (erroneous) belief that Oxford University Press had abandoned the Oxford comma.

Reports of the circumflex’s death are exaggerated, but they point to the intensity of feeling aroused by orthography – how personally we relate to something with so arbitrary a connection to meaning. Usage dictionaries reveal age-old disputes that erupt anew every day. Some of the most passionate are over spelling, which, as H.G. Wells wrote, has ‘become mixed up with moral feeling’.

English bristles with spelling-related discord, a result of its slightly chaotic system born of hybrid origins, diverse influences, scribal interference and other historical contingencies. (Though English is essentially phonemic – that is, its spelling reflects its pronunciation – its sounds correspond to letter patterns as well as single letters, causing learners particular trouble.) Onto this massive melange, teachers, grammarians and hobbyist reformers have tried for centuries to impose their ideas – and ideals – of spelling.

Spelling reform began at least as early as the 12th century, when the unknown author of the Fyrsta Málfræðiritgerðin (‘First Grammatical Treatise’) adapted the Latin alphabet for Old Icelandic, detailing the phonological principles behind the task. And as Old English segued into Middle English, an attempt to systematise the multitude of variation was made by the monk Orm, described by David Crystal in Evolving English as the first reformer of English spelling.

How we turn thoughts and experiences into speech and text will always be idiosyncratic. It used to be more so: people wrote as they spoke, so variation in dialect begat variation in text. With the printing press came partial standardisation. We don’t call eggs eyren, but it could easily have been otherwise. English after Caxton was gradually codified but remained heterogeneous and subject to constant change and stresses. That it drifted more in spoken than written form is another reason for the disparity between its spelling and pronunciation.

Reform efforts began in earnest in the 16th century with Sir John Cheke and Sir Thomas Smith, who reconstructed ancient Greek pronunciation and then applied themselves to English; Smith published a 34-letter alphabet to better map onto its sounds. Momentum continued in a different direction with John Hart, who found English ‘learned hard and evil to read’, full of confusion, disorder, ‘vices and corruptions’. In his ambitious Orthographie (1569) – one of three books he wrote on the topic – he set out a bold form of spelling based on speech sounds and aimed at correcting the ‘many abuses’ of English writing:

Whereby you may perceive that our single sounding and use of letters, may in process of time, bring our whole nation to one certain, perfect and general speaking.

Hart practised what he preached, writing Orthographie in his original system (‘hierbei iu mẹ persẹv’). It was not generally adopted, but Crystal finds that Hart’s views helped ‘form the climate that would eventually shape the character of English spelling’. Otto Jespersen was another admirer, calling Hart’s principles ‘excellent’ and the man himself ‘an honest scholar’ and ‘the first phonetician of the modern period’.

Hart’s preference for omitting superfluous letters was shared by the schoolmaster Richard Mulcaster, whose influential proto-spelling-dictionary Elementarie (1582) listed thousands of words in regularised spelling patterns. Mulcaster wanted to ‘thouroughli rip up the hole certaintie of our English writing’ for the greater good of England. His work, writes Susana Doval Suárez, had support from Elizabeth I because it was based on tradition, which was ‘of great importance for a country still looking for its national identity’. Mulcaster’s judgements were astute: more than half match today’s forms.

In 1662 the Royal Society was founded. It soon created a committee for ‘improving the English language’, including spelling reform. But it seems the committee – which featured John Dryden, John Evelyn and a score of other luminaries – lasted just a few meetings.

Reform efforts can be sudden or slow. Sudden ones need power behind them, such as a government’s, yet may still fail. Germany reformed its orthography in 1996, but criticism was fast and fierce and publishers soon reverted to the previous system. Most reform efforts, like Germany’s, take the form of standardising: changing the arrangement of existing letters. Others supplement or augment with new letters, while a third set supplants with a wholly new alphabet.

In 1873 Isaac Pitman proposed a supplementing reform in his Phonetic Journal, adding 15 new letters to the ‘23 useful letters’ of the existing alphabet (c, q and x were dismissed). Benjamin Franklin tried a similar tack. A more radical, supplanting approach was favoured by George Bernard Shaw (who, incidentally, wrote in Pitman’s shorthand). Shaw left money in his will towards the effort, and a competition was held to find the best submission. The winning system – like Pitman’s, Franklin’s and countless others – slipped into obscurity.

Far more successful was Noah Webster. Though most of his recommendations in the early 19th century were not taken up (soop, aker, thum, wo), the few that were altered US English in characteristic ways. Within a century, several dedicated spelling-reform groups had sprung up on either side of the Atlantic, among them the Spelling Reform Association (1876), Simplified Spelling Board (1906) and Simplified Spelling Society (1908), now the English Spelling Society. A bill submitted to UK Parliament in 1949 by this last group was defeated by a mere three votes, and ‘Nue Spelling’ faded into the archives. Lobby groups had modest success in America and Australia but ultimately failed to overcome tradition and opposition.

Webster’s reforms invited counter-reforms to repair the resulting rift between UK and US English. In 1968 Robert Burchfield (editor of the OED Supplement) and Philip Gove (editor-in-chief of Webster’s Third New International Dictionary) discussed trading off spelling changes to bring the dialects closer together. But nothing came of it.

Full discussion of the pros and cons of spelling reform is beyond the scope of this post. History indicates, however, that in order to succeed, any planned changes must be minor. Substantial reforms would require centralised authority and a critical mass of collective, coherent will – neither of which seems likely. For many people the discontinuities would be an unacceptable price for the practical gain, to say nothing of the political and logistical obstacles to reforming so mutable, diverse and global a language.

Writing serves as an approximation or extension of speech and is subject to mistakes and meanderings just as our minds are. Fads and anomalies of one century can become routine in the next. Reform would somehow have to keep up. If reformers all agreed on a system, they might stand a chance – but there are almost as many proposals as there are reformers. Their ambitions of orthographic engineering are likely to be frustrated.

Without an official authority to impose order, the power to steer English is distributed among its users: millions cast a vote, and general usage governs by leaderless default, with guidance available from teachers, editors, lexicographers and the like. Writing his great Dictionary, Samuel Johnson was won round to this democratic state of affairs: ‘sounds are too volatile and subtile for legal restraints; to enchain syllables, and to lash the wind, are equally the undertakings of pride’. Modern linguists think similarly, and may even see it as an advantage: ‘The looser the system, the greater its general usefulness,’ observes Steven Roger Fischer in his History of Writing.

Language is a dynamic phenomenon beyond the total control of any entity – be it a person, institution, or social movement. Standardisation establishes vital common ground, yet within the blurry borders of standard English, many varieties cohabit, including forms of spelling. Dictionaries belie the extent of variation by presenting a single spelling of each word. Larger dictionaries add variants that hint at the greater menagerie, but even here – OED aside – they select only the most common and legitimate alternatives.

Years of familiar use put us on intimate terms with a word; it becomes part of our extended identity. When a convention is changed abruptly we may be unsettled, even outraged. But go back a few generations and you will find school copybooks full of diacritics: role was rôle, and so on. These forms are by no means extinct – the New Yorker famously retains them – but they are minority usages, seldom missed by most. Whatever the fate of France’s circumflex, and for all the recent panic, we can expect the academy’s ruling to have little effect on the vitality of human expression.

Stan Carey is a writer and copy editor from Galway, Ireland. He writes about language on Sentence First, Macmillan Dictionary Blog. @StanCarey