Beyond the Rivalry: Florence Nightingale and Mary Seacole

Natasha McEnroe, director of the Florence Nightingale Museum, responds to a recent story on the controversy between Nightingale and Mary Seacole. 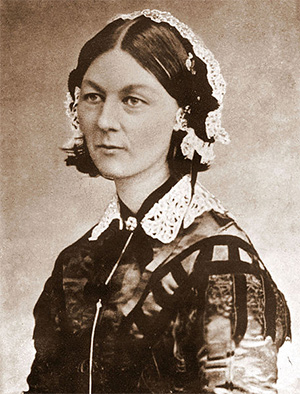 Museums can provide a neutral yet contextualised space where discussions flourish, as has been seen at the Florence Nightingale Museum this summer with an ongoing debate about the suitability of a proposed statue to Mary Seacole at St Thomas’ Hospital.

There are admirers of the achievements of Florence Nightingale who feel strongly that erecting a statue to Seacole at St Thomas’ Hospital is to denigrate the memory of Nightingale. St Thomas’ Hospital was the original site of the Nightingale Training School, which opened in 1860, and today houses the Florence Nightingale Museum. St Thomas’ has no connection with Seacole, who never worked in a hospital and did not refer to herself as a nurse, yet many argue that a memorial to Seacole in a central location is long overdue. Unlike Nightingale, little material remains of the intriguing life of Seacole, creating an over-reliance on her autobiography as an historical source. To memorialise Seacole through a statue is an obvious solution, especially in view of the extreme paucity of statues to women in London, and the garden at St Thomas’ could be regarded as a being a suitably central location, facing the Palace of Westminster. Potentially, a statue to Mary Seacole could even benefit the Nightingale Museum, by bringing visitors to St Thomas’ who have an interest in women’s roles in 19th-century health and military conflict.

The difficulty of telling the story of an individual with little surviving record is a familiar challenge for personality museums who are dedicated to interpreting the life and work of a famous individual. Moreover, such museums have the opportunity to illuminate the lives of the ‘hidden’ figures around a historical celebrity – the friends and colleagues not honoured by posterity, and hence with little historical evidence surviving their lifetimes. The collection at the museum benefits from the fame of Nightingale, who has remained consistently well-known, and whose papers and belongings were carefully preserved. Through the story of Nightingale, we gain insight into the lives of those who would otherwise have been overlooked. Despite the lack of historical artefacts relating to Seacole, her story is briefly covered in the Nightingale Museum by a short film outlining her story and a small interactive activity. In a similar way, the story of Alexis Soyer who reformed catering for the British Army in the Crimean War is also briefly examined at the museum.

Clearly, the perceived rivalry between Seacole and Nightingale is an artificial construct, but the strong feelings evoked by their respective legacies are undeniable. The Board of Trustees of the Florence Nightingale Museum have made the decision that promoting mature debate is the appropriate role for the museum rather than taking sides or becoming embroiled in partisan campaigns. Therefore, the purpose of museum’s participation in the controversy around the Seacole statue is to provide a forum for debate in an impartial space that offers a clear historical context. This summer has seen events taking place about the proposed statue by both the Chair of the Mary Seacole Statue Appeal and by Lynn McDonald, Chair of the Nightingale Society. By inviting all interested parties for a series of open talks and discussions on the subject, the museum plays a unique role in not only providing a venue but also fostering a dialogue and shaping the public conversation.

Natasha McEnroe is Director of the Florence Nightingale Museum