In producing the complex of events that was to lead the Southern States from Union to Confederacy, Peggy Eaton – aggrieved wife of President Jackson's Secretary of War—played a small, but curiously dramatic, part.

Andrew Jackson was the first President to be a ‘Westerner’ and, writes Larry Gragg, his inauguration in Washington ‘belonged to the people’. 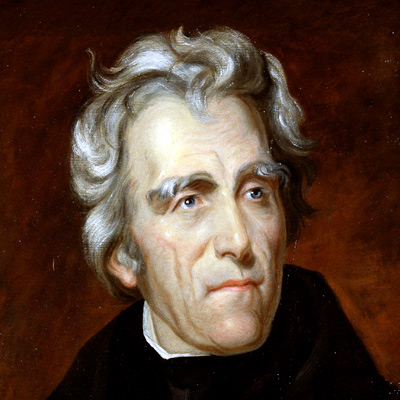 A soldier and politician, he repulsed a British attack on New Orleans (1815) and commanded the occupation force in Florida in 1818. His toughness earned him the nickname 'Old Hickory'. A Democrat, he was elected president in 1828 and re-elected in 1832. He expanded the American frontier to the west, and his policy of removing the Indian nations from their homelands reflected the prevailing views of the time.