The Rise and Fall of the Equal Rights Amendment

Graham Noble explains why the issue of equal gender rights has been so controversial in the history of the United States. 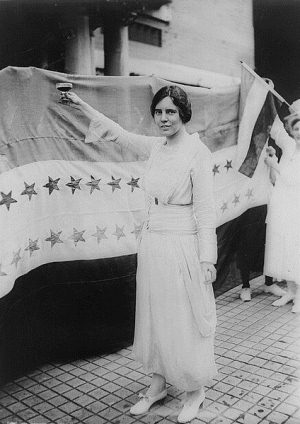 When Alice Paul, leader of the National Woman’s Party (NWP), proposed in 1921 that ‘Men and women shall have equal rights throughout the United States’, she initiated a constitutional struggle that continues to this day. The so-called ‘Lucretia Mott Amendment’ was unanimously adopted by the party’s convention at Seneca Falls, New York. After nearly half a century of determined campaigning, the reworded Equal Rights Amendment was finally approved by Congress in 1972, but it narrowly failed, over the next ten years, to achieve constitutional ratification by the required number of state legislatures. Its legal status unclear and its relevance to the modern world fiercely disputed, the proposed amendment languishes still on the backburner of American civil rights politics.