Mirror Year: How Old Are You Really? 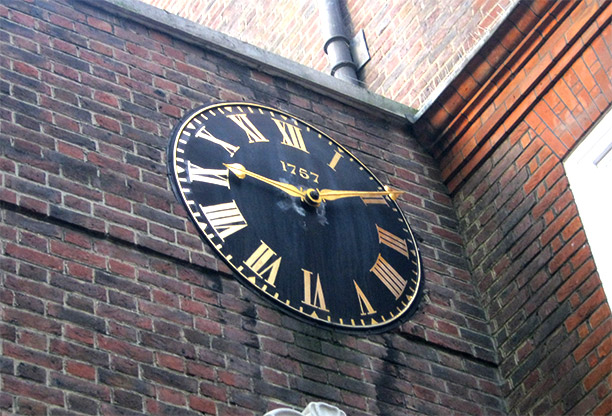 Life is short, but not that short. To put your lifespan into historical perspective - and for an intellectual ice-bucket challenge - try this quick calculation. You may find the results startling.

Start with the year you were born, then simply subtract your age. The result is your 'mirror year'. For example, if you’ve recently turned 25 then subtract that number from the year 1989 to get a mirror year of 1964.

Why do that? Well, the calculation gives an intriguing way of looking at your life thus far. No doubt 1964 seems an unfathomably long time ago to a 25-year-old but in fact that person's date of birth is equidistant between then and now. In other words, if you're 25 then the start of your life is as close to the release of the Beatles LP A Hard Day’s Night as it is to Beyonce's latest single. And if, like so many of us, you’re the wrong side of 25, your mirror year recedes even further into the past – to a sometimes staggering degree.

Try it for yourself. I defy you not to be surprised by how substantial your life has already been, if only in terms of its sheer length. We tend automatically to think of the day we were born as belonging to the modern era (it may even be how each of us subconsciously defines the start of modernity) yet locating one's birth on the timeline can be sobering. It's often closer to events that seem in the distant past than to the present day.

It certainly gives pause for thought, no matter how young you are. Take another musician, Justin Bieber. He seems barely out of childhood, yet he was born in March 1994, which is as close to Ted Heath's time in Downing Street as to now (or, to put it another way, closer to Ronald Reagan’s tenure as Governor of California than to the accession of Pope Francis).

And the older you are, the more remarkable the results. Consider someone in their early thirties, such as, say, the actor Ryan Gosling. His star is in the ascendant yet he’s been around longer than he might care to think: his date of birth is closer to the Berlin Air Lift than to his most recent movie. From Gosling's perspective, it no doubt seems that an ocean of time separates the events of 1948 from his own grand entrance on the 12th of November 1980, but an even greater ocean separates that day from the present.

By now you will have realised that your mirror year is not fixed – as you move forward, it moves back. I first became aware of mirror years in the late 1990s, when my brother, then in his 20s, pointed out that he was born closer to the end of World War II than to the (then) present. Since that time, his mirror year has moved back considerably – to before the Wall Street Crash of 1929.

My own is even more distant – 1923. And counting. (Backwards). I’ve already gone beyond the point when F. Scott Fitzgerald finished his first draft of The Great Gatsby, which ends, appropriately enough, with the observation that we are 'borne back ceaselessly into the past'.

But I console myself that there are plenty of people who still seem relatively vigorous for whom this calculation produces even more astonishing results. It might surprise you, for example, to learn that Brad Pitt was born closer to the First World War than to this moment. That’s the Great War, with the trenches and the Zeppelins. (And I’m not talking about the end of that war either, I’m talking about the start of it, in 1914, when military tactics still included cavalry charges.)

And so it goes on. Conspiracy theorists may dispute Barack Obama's place of birth but there’s no debate about when it happened – on the 4th of August 1961. That’s closer on the timeline to the sinking of the Titanic than to this year's Malaysian Airlines disasters.

And when in 2003 Obama’s predecessor George W. Bush marked the 100th anniversary of the first time that an airplane flew, he had already passed his own half century. In other words, his birth was closer to the Wright brothers' invention than to his own commemoration of it. Now, the 68-year-old former president’s infancy seems even more remote – as close to the assassination of Jesse James as to our own time.

But this journey, backwards on time’s arrow, is not over yet. Take two of Bush's Republican Party contemporaries. His successor as Presidential nominee, John McCain, now 78, was born closer to the American Civil War than to the ongoing civil conflict in Syria. And Bush's Defence Secretary, Donald Rumsfeld, drew his first breath on July 9th, 1932 – closer to the Charge of the Light Brigade than to Vladimir Putin's annexation of the Crimea.

Rumsfeld and McCain would be the first to admit they’re no spring chickens but, by today’s standards, they’re not particularly old. In order to qualify for that accolade, you have to be at least 100 – such as, say, McCain’s mother Roberta, who at the time of writing is still going strong at 102. Her mirror year is 1809 – before the Battle of Waterloo, before Beethoven had composed his Emperor Concerto, before Chopin had even been born. (And, incidentally, before what would have been Jesse James’s own mirror year at the time of his assassination. The outlaw died in 1882, just shy of his 35th birthday, giving him a mirror year of 1813.)

And yet even Roberta isn’t a record breaker. There are still a handful of people who were born in the 19th century. And this is where the concept of the mirror year becomes truly mind-boggling. Think about it for a moment. There are, still alive today, people whose date of birth is closer to the French Revolution – to that morning in the summer of 1789 when musket-carrying Parisians stormed the Bastille – than to this present moment.

It’s a thought worth savouring, while we still can.

Chris Lowry is a journalist based in Dublin, and has worked for the Irish Independent, Evening Herald, RTE and BBC. He is currently writing a book on geopolitics.