The 1715 Plate Fleet and the Rise of the Pirates

The treasure hunting triggered by the wreckage of one fleet was a major stimulus for piracy and the rise of such notorious pirates as Blackbeard and ‘Calico’ Jack Rackham. 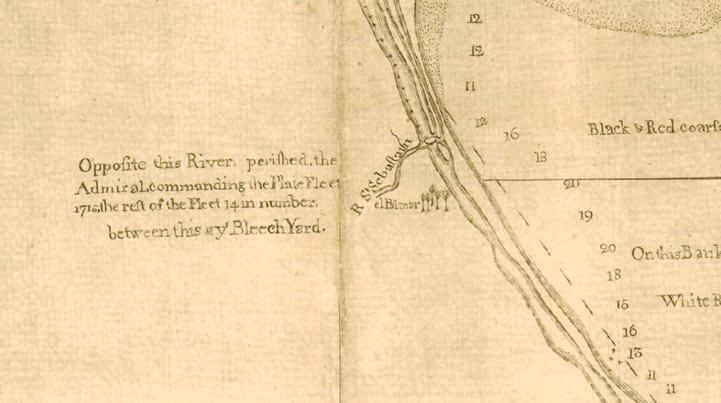 July 31st marks the 300th anniversary of the 1715 Plate Fleet shipwreck. Loaded with treasures – bullion, dyestuffs, tobacco and other treasures – from the New World, a fleet of 11 vessels, named for the Spanish word plata, or 'silver', set sail from Havana on July 24th, 1715. The recorded value of the fleet was approximately seven million pesos but would have been much more when incorporating unrecorded, smuggled goods.

The fleet was struck by a hurricane off Cape Canaveral, Florida, on July 31st. Ten of the ships were lost: two disappeared beneath the open seas while the remaining eight crashed into shallow waters off the Florida coast. More than a thousand sailors lost their lives, including General Ubilla, the fleet's commander. The survivors assembled on the beach and sent to the nearby Spanish colony of St Augustine for food, clothes and tools to begin to salvage the wrecks. Havana learned of the loss two weeks later and immediately dispatched a relief expedition to aid survivors and recover as much of the lost cargo as possible.

News of the flotilla shipwreck reached Jamaica in November. Two vessels, the Eagle and Bersheba commanded by John Wills and Henry Jennings respectively, sailed immediately to the Florida coast. On arrival, they landed and raided the storehouse containing the treasure the Spanish had managed to fish from the wrecks. This raid earned them approximately 120,000 pieces of eight, which they carried back to Jamaica.

Jennings and Wills' arrival with their illicitly acquired fortune created a sensation in Jamaica. Captain Balchen, of the naval ship Diamond stationed at Jamaica, complained that he lost ten men from his own ship 'being all mad to go a wrecking'. It is impossible to know exactly how many vessels voyaged from Jamaica to the wrecks.

Problems began when it was discovered that the governor of Jamaica, Lord Archibald Hamilton, had granted commissions to the Eagle and Bersheba before they had departed, sanctioning them to 'Execute all manner of Acts of Hostility against pyrates according to the Law of Arms.' Their instructions contained explicit commands not to attack anyone except pirates. However, Captain Jonathan Barnet of the Tiger Snow stated that Hamilton had known he planned to voyage to the wrecks and had opined, 'if he was stronger than the Spaniards, then this Deponent might take the Mony he could get up'. Furthermore, it was claimed that Hamilton had invested in both these vessels. This evidence has led to a general acquiescence that Hamilton's commissions were a façade and that he intended for these privateers to raid the Spanish wrecks.

Hamilton's opponents then obstructed the attempts to rein in the privateers and others who had voyaged to the wrecks. This led directly to the rise of piracy.

Hearing that vessels intended to salvage the shipwrecks, the Governor of Havana, the Marquis de Casa Torres, dispatched Don Juan del Valle, Deputy of the Governor and Council of Commerce, to Jamaica in early January 1716. Torres demanded the vessels' withdrawal as they had no claim to Spanish possessions. Shortly after delivering Torres' message, Valle delivered a memorial to Hamilton requesting he issue a proclamation to recall the vessels and to prohibit all other salvaging attempts. Furthermore, he demanded repayment of all the effects taken. Hamilton warned Valle that a proclamation would discourage privateers from returning to Jamaica and would provoke them to crime, with 'desperate attempts of more pernicious consequence to the Crown', which, not wanting to take the blame for any of the possible consequences, Valle accepted. It appeared then that the situation would be resolved; Valle would wait for those who had been to the wrecks to return with their plunder before proceeding against them. However, this never came to pass due to the actions of a Jamaican faction that opposed Hamilton and wanted to place one of their own supporters as governor.

Hamilton stated that this faction convinced Valle that he had sponsored the attacks, causing Valle to issue a second memorial complaining of further Jamaican depredations on the shipwrecks. This memorial prompted Hamilton to issue two proclamations in April 1716 to appease the Spanish: in the first proclamation, Hamilton commanded all commissioned vessels to return to Jamaica with any effects they had plundered with the clear intention that they would be tried; the second proclamation prohibited all British subjects from fishing the wrecks. 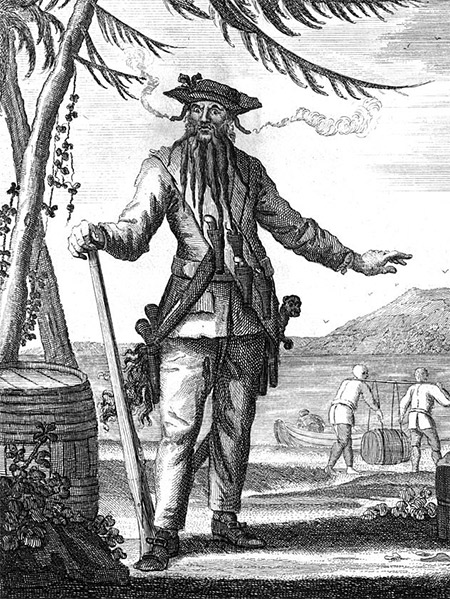 The consequences of these proclamations were felt immediately. Colonial governors sent numerous complaints of piratical attacks to London throughout 1716-7. Hamilton's proclamations isolated Jamaican privateers alongside those other men who sailed without commissions but felt they were due reparation for Spanish incursions. These segregated men turned to outright piracy, gathered at the Bahamas and helped to establish the now infamous pirate haven that nurtured many of the notorious figures of the era such as Edward Teach (better known as Blackbeard), 'Calico' Jack Rackham and Charles Vane. The Bahamas pirates continued to raid the Florida wrecks throughout 1716. However, by early 1717, many had expanded their piratical operations to encompass all shipping in the Caribbean Sea and across the North American coastline. It is possible that these men would never have gathered at the Bahamas without the loss of the plate fleet.

Hamilton, accused of committing several abuses against the treaties between Spain and Great Britain, was arrested in October 1716. His replacement, Peter Heywood, was one of the leading members of the opposing Jamaican faction. In London, Hamilton was able to convince the court that he had not encouraged raids on the Florida wrecks and the litigation was dropped. It appears that though that his reputation was relatively unscathed by this episode. He was made Lord Commissioner of the Admiralty in 1729 and Governor of Greenwich Hospital in 1746.

The Spanish terminated their salvaging efforts in 1719. It is estimated that only about half of the treasure was recovered. Although it is likely that private vessels continued to work the wrecks for many years thereafter, there was little equipment beyond crude diving bells to aid the retrieval of treasure in deeper waters.

It was only in the 1950s that modern salvage operations began. This commenced when Kip Wagner, a building contractor from Ohio, discovered a piece of eight (a Spanish coin worth eight reales) on a beach near Sebastian Inlet, Florida. He then spent several months combing the beaches between Sebastian and Wabasso on Florida's east coast. With the help of his friend Dr Kip Kelso, Wagner uncovered the location of the Spanish salvager camp, unearthed numerous coins and artefacts and discovered the underwater remains of the Capitana, a nearby earlier wreckage. Kip obtained a salvage permit from the State of Florida, organised a team of divers and worked the wreck for several years before establishing the Real Eight Company. Since then other treasure hunting companies have taken over operations and continue to locate, salvage and uncover the riches of the 1715 fleet.

David Wilson is a PhD student at the University of Strathclyde. His research focuses on piracy and state-empire relations in the early 18th century.