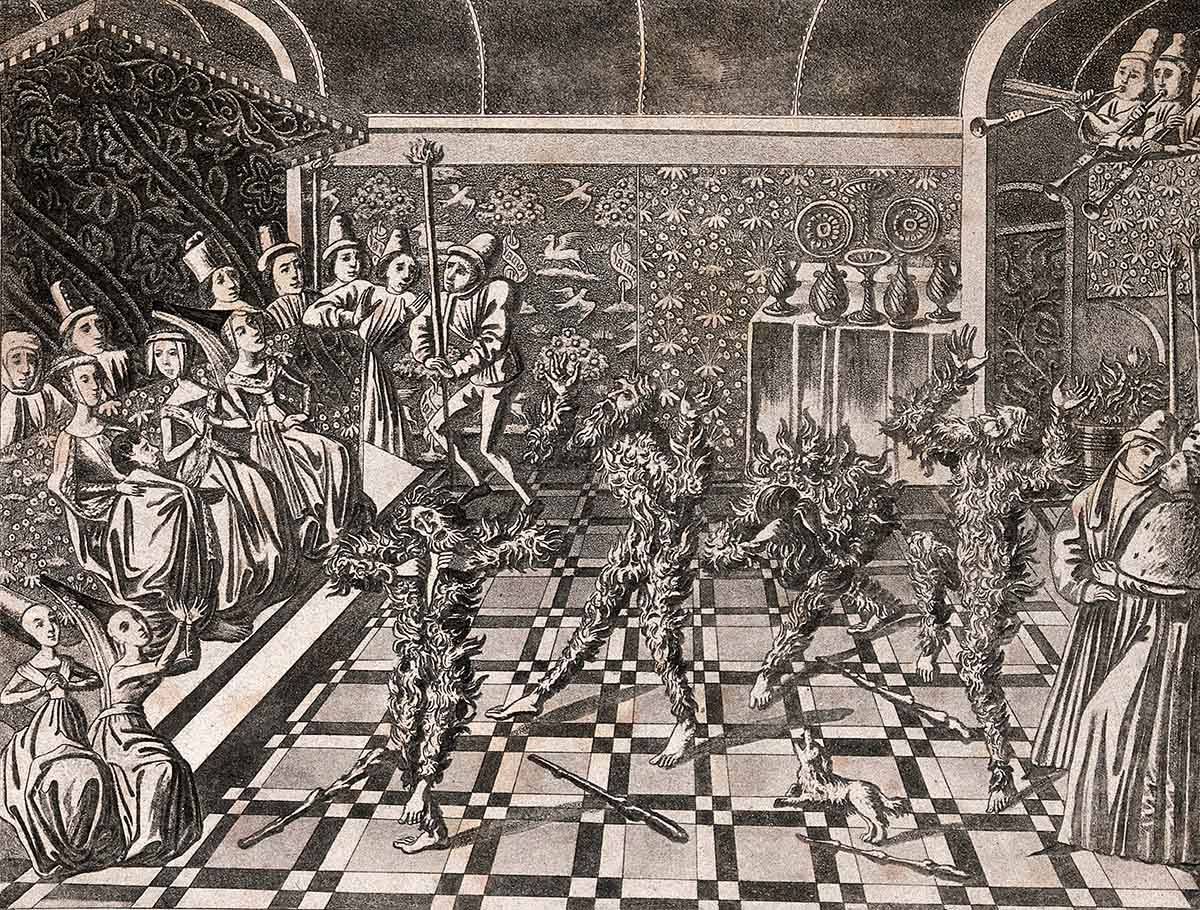 In the first week of 1393 the French court decided to celebrate the upcoming third marriage of one of the queen’s ladies-in-waiting with a party at the royal residence, Hôtel Saint-Pol. The entertainment was a charivari, a raucous performance by six senior knights of the court, dressed as wild men of the woods.

Such events were encouraged as a means of distracting the unstable Charles VI of France, known to posterity as Charles the Mad. His wife, Isabeau of Bavaria, went to great lengths to surround him with exotic fashions and entertainment.

Costumes for the charivari were made of linen soaked in pitch, onto which were stuck frayed flax strands, making the dancers look hairy and wild. Similarly ‘hairy’ masks covered their faces, the great game being to guess who the dancers were. What few in the audience knew was that one of the dancers was Charles himself.

Due to the highly flammable nature of the costumes it was decreed that no candles or torches were to be brought into the room during the performance, but sadly the message did not reach the king’s brother, Louis, Duc D’Orléans, who appeared late and drunk with his entourage carrying lighted torches.

The result was grimly inevitable. One of the dancers caught a spark from the torches. As he careered around trying to put himself out, he soon set light to other dancers and pandemonium ensued. At this point the heroic Duchess de Berri, who was only 14 at the time, came to the fore. She recognised the king and hid him under her skirts, protecting him from the flames. The others were not so lucky. The combination of pitch and flax burnt furiously and, while one dancer managed to save himself by jumping into a barrel of wine, four others burned to death.

So upset were the people of Paris that the king’s life had been risked in so trivial a fashion that the entire court was forced to do public penance. The event went down in history as the Bal des Ardents – the ‘Ball of the Burning Men’.