The discovery of Machu Picchu 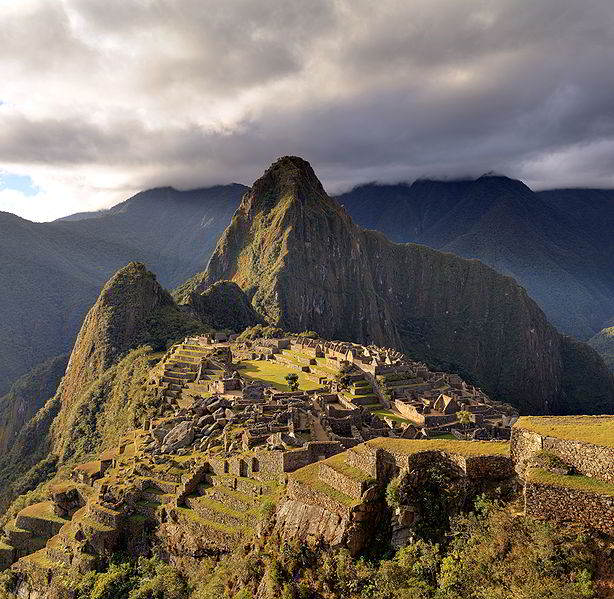 The spectacular ‘lost city of the Incas’ high among the Andes mountains in Peru attracts so many visitors today and their presence causes so much damage that a limit has had to be put on their numbers. Hiram Bingham, the man who first revealed it to the world, was a buccaneering American explorer, born in Hawaii in 1875. His parents were missionaries and hoped he would follow in their footsteps, but his youthful efforts to do so made him feel physically sick and he preferred playing American football. Educated privately in New England, he went to Yale University in 1894 to embark on an academic career. He was strongly interested in Latin American history and studied for his PhD in it at Harvard. Fortunately for him and the world at large in 1900 he married – to her parents’ dismay – a girl called Alfreda Mitchell. She was an heiress to the Tiffany jewellery fortune and Bingham used her money to travel in South America. He was appointed a lecturer at Yale but found exploring far more interesting than teaching. His enthusiasm for exploring extended to women as well and he took full advantage of his travels away from home.

In 1906 Bingham traced Simon Bolivar’s routes through Venezuela and Columbia in the 1820s. In 1909 he explored historic South American trade routes and took the old one from Buenos Aires to Lima in Peru, going on to Cuzco. In 1911 he led a small expedition to Peru in search of the ‘lost city’ of  Vilcabamba, the last refuge of the Inca Manco Capac II, who fought against the Spanish conquerors in the 1530s. This took Bingham and his party of seven to Cuzco and from there by mule and on foot to a small settlement called Mandor Pampa, near Aguas Calientes, where they encountered a local farmer named Melchor Arteaga. Through Bingham’s policeman-interpreter, Arteaga told him that there were extensive ruins high in the mountains nearby at what Arteaga in his native Quechua called Machu Picchu, meaning ‘old mountain’.

They climbed up to the ruins next morning through a persistent drizzle of rain. No one else in Bingham’s party showed any interest, but Bingham, Arteaga and the interpreter spent two exhausting hours clambering up the mountain to a small hut occupied by peasants who were growing crops there. They greeted the American hospitably and deputed a small boy to show him the astonishing things close by. They soon came to what Bingham called ‘an unexpected sight, a great flight of beautifully constructed stone terraces, perhaps a hundred of them, each hundreds of feet long and 10 feet high.’ They continued along one of the terraces: ‘Suddenly I found myself confronted with the walls of ruined houses built of the finest quality of Inca stonework.’ The ruins were overgrown by trees, bamboo thickets and tangles of vines and covered with moss, but the white granite walls were ‘carefully cut and exquisitely fitted together’ and the scene ‘fairly took my breath away.’

Bingham was sure he had discovered Vilcabamba. He believed that to the end of his life, mistakenly as it turned out, and he was fascinated by the mystery and magic of the place, with the great snowy peaks looming above it. Returning in succeeding years he took thousands of photographs. He also took thousands of objects to the United States for study and safekeeping, which was to cause wrangling between the Peruvian government and Yale University for years afterwards.

After the First World War Bingham went into politics in Connecticut and was US senator for the state at the turn of the 1920s and 1930s. He and Alfreda had seven children but by 1937 she could stand his persistent infidelity no longer and divorced him. In the 1950s he had a controversial role as head of President Truman’s new Loyalty Review Board, which made it easier to dismiss civil servants for Communist sympathies. He died in Washington DC at the age of 80 in 1956.

The Spanish conquistadors never saw Machu Picchu and consequently never wrote about it. A few other outsiders had seen it in the years before Bingham, but he was the one who revealed it to the world at large and it made him famous. He has a moon crater named after him and the character of Indiana Jones is thought to owe something to him but he is not highly regarded by scholars. He was not trained in archaeology, his theories were wrong and the real Vilcabamba was discovered by another American explorer, Gene Savoy, in 1964. Machu Picchu is now believed to have been the mountain retreat of the great Inca emperor Pachacutec (‘He who Shakes the Earth’), abandoned at some point after his death in 1472.