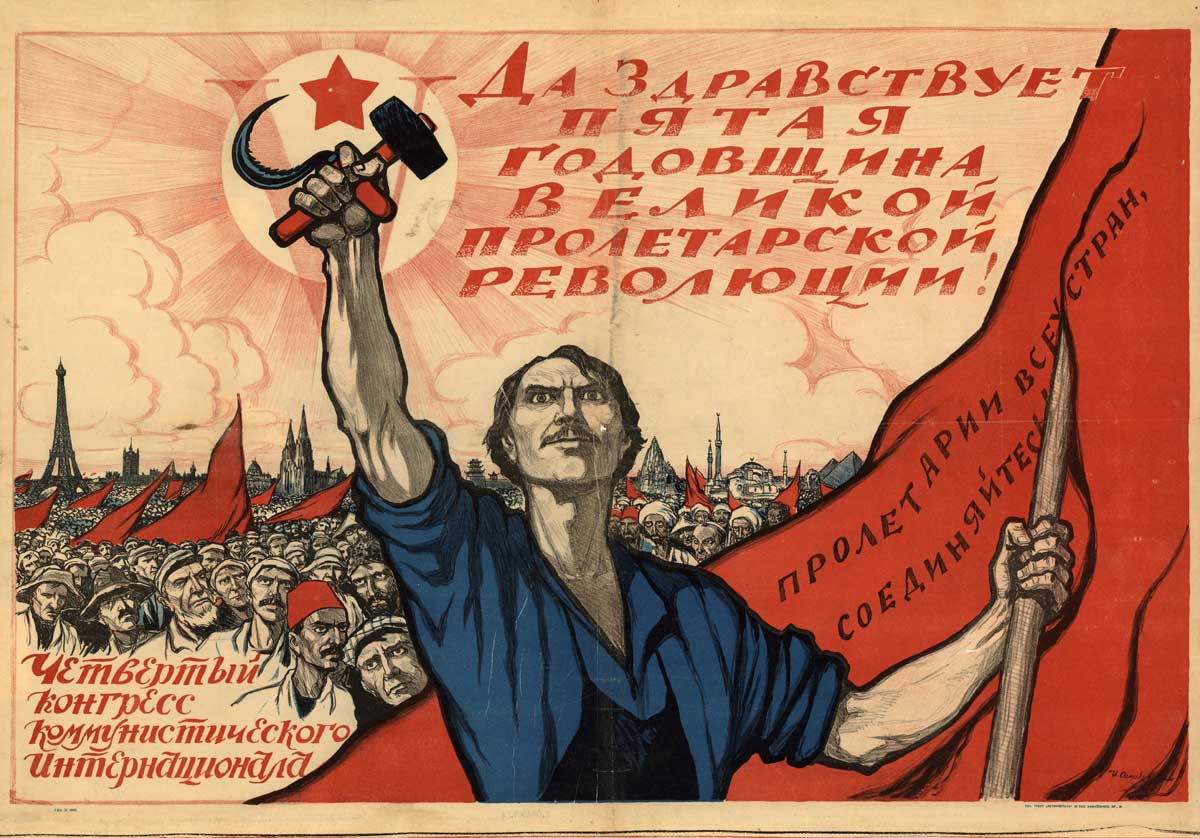 ‘No one has suggested a convincing alternative scenario’

Rodric Braithwaite, British Ambassador to the Soviet Union (1988-91) and author of Armageddon and Paranoia: the Nuclear Confrontation (Profile, 2017).

People still argue about the fall of the Roman Empire. They are not going to agree quickly on why the Soviet Union collapsed when it did. Some think it could have lasted for many years, others that the collapse was unforeseeable. Andrei Sakharov, the Soviet dissident scientist, foresaw it decades before it happened.

Victory in war took the Soviet armies to the centre of Europe, where they stayed. The Soviet Union’s seductive ideology had already given it influence across the world. But after Stalin’s death in 1953 the ideology started looking threadbare, even at home. In Eastern Europe, inside the Soviet Union itself, the subject peoples were increasingly restless for freedom. Soviet scientists were the equal of any in the world, but their country was too poor to afford both guns and butter and their skills were directed towards matching the American military machine, rather than improving the people’s welfare. It worked for a while. But in 1983 the Soviet Chief of Staff admitted that ‘We will never be able to catch up with [the Americans] in modern arms until we have an economic revolution. And the question is whether we can have an economic revolution without a political revolution’.

The Soviet leaders were not stupid. They knew something had to be done. In 1985, after three decrepit leaders died in succession, they picked Mikhail Gorbachev to run the country: young, experienced, competent and – they wrongly thought – orthodox. But Gorbachev believed that change was inescapable. He curbed the KGB, freed the press and introduced a kind of democracy. He was defeated by a conservative establishment, an intractable economy and an unsustainable imperial burden. It was the fatal moment, identified by the 19th-century French political philosopher Alexis de Tocqueville, when a decaying regime tries to reform – and disintegrates.

Russians call Gorbachev a traitor for failing to prevent the collapse by force. Foreigners dismiss him as an inadequate bungler. No one has suggested a convincing alternative scenario.

‘Aimed at fixing the faults in Soviet society, Gorbachev’s policies emphasised them’

Lauded in its stirring anthem as the ‘Indestructible Union of Free Republics’, the USSR entered the 1980s as a superpower. Few foresaw then that it would collapse early in the following decade. While the ‘free republics’ part of the heroic lyric was barely believed outside – or, indeed, inside –the territory which they covered, the ‘indestructible’ part seemed much more convincing. Yet the system was failing. Yuri Andropov, who became Soviet leader in 1982 after being head of the KGB, understood that – the secret police were always the best-informed part of Soviet society. He launched reforms to address the economic stagnation he inherited.

Andropov’s death in 1984 was followed by that of his successor, Konstantin Chernenko, the year after. The Communist elite turned then to relative youth and energy. Mikhail Gorbachev was 54. In him, the Soviet Union had a leader who believed that its creaking system could be reformed and made fit for purpose. It could not. Aimed at fixing the faults in Soviet society, Gorbachev’s policies of perestroika (‘reconstruction’) and glasnost (‘openness’) – it was a time of unprecedented press freedom, for both Russian and international journalists – ended up emphasising them. Attempts to crack down on the widespread drunkenness that plagued the Soviet workplace proved especially unpopular with large parts of the population. As the author of Vodka and Gorbachev, Alexander Nikishin, later asked: ‘Did he understand who he was getting into a fight with?’ The question could be applied to Gorbachev’s wider strategy. After hardliners in his own party tried – and failed – to take power in a shortlived coup in 1991, the Soviet system was finished.

The Soviet economy was not strong enough both to maintain a military system at superpower level and give its people a good standard of living. On my first trip to Moscow, as a language student in the 1980s, I bought a record of that Soviet national anthem. I paid more for the plastic bag to carry it in than for the actual record. It is a small example of the economic contradictions that meant the Soviet Union could not have survived.

‘In Soviet Kazakhstan, the scale of resistance took Moscow by surprise’

In 1986, when Kazakhs took to the streets to protest against the Soviet government in Moscow, nobody had an inkling that firing up the demonstrators in Soviet Kazakhstan was a heady cocktail of ingredients that would gather momentum around the USSR and help bring it down five years later. Disillusion with out-of-touch leaders ruling them from the distant Kremlin; disenchantment with inequality in a hypocritical communist state that professed equality for all; stirrings of national pride among the Kazakhs, who went out to protest against the Kremlin’s imperious imposition of a Russian leader from outside Kazakhstan. The scale of resistance took Moscow by surprise, an indication of how disconnected from the thinking of ordinary Soviet citizens their leaders had become.

The reformer Mikhail Gorbachev had recently come to power promising glasnost, so that his people could freely voice their opinions in a more tolerant Soviet Union. When the Kazakhs took to the streets to do that, Gorbachev sent in the security forces to quell the demos with bloodshed.

The Kazakhs’ bid to make Moscow heed their frustrations failed. But the rejection of high-handed colonial rule by other nations in the Soviet Union, who were unofficially expected to kowtow to Russian superiority while officially all the USSR’s peoples were equal, soon became a driving force in the country’s collapse. In 1989, the fall of the Berlin Wall, the disintegration of the Eastern Bloc and the humiliating Soviet withdrawal from Afghanistan after a decade of pointless warfare confirmed that the superpower was waning. In 1986, the Kazakhs had no idea all this was looming. But they were unwittingly holding up a mirror to the failings of the Soviet system, which was not fit for purpose – and could not, in those historical circumstances, survive.

‘If the Communist Party had retained control of the media, it could, perhaps, have survived anything’

Richard Millington, Senior Lecturer in German at the University of Chester.

The Soviet Union could not have survived, because by 1991 the Communist Party had lost control of the media and thus the public sphere. Key to the survival of any dictatorship is strict control of the media, which shapes public opinion and promotes tacit acceptance of a regime. Though many Soviet citizens may have claimed not to believe what was written in their newspapers, they were never aware of just how far removed from reality the reports were. When Mikhail Gorbachev ascended to power in 1985, it was his policy of glasnost that let the genie out of the bottle.

In his attempt to ‘open up’ society, Gorbachev permitted the press more freedom of expression. Some historians have viewed this move as a result of the fact that Gorbachev (born in 1931) was the first leader of the Soviet Union to have cut his political teeth in a de-Stalinised USSR. But his policy backfired. Glasnost meant that news outlets could lay bare the failings of the Soviet system and the Communist Party. Perhaps more than anything else, their reporting of the horrific accident at the Chernobyl nuclear power plant in 1986 illustrated the Party’s incompetence and shredded citizens’ belief not only in its ability to govern effectively, but also to keep them safe. In fact, in 2006, Gorbachev pinpointed Chernobyl and the resulting media fallout as the real cause of the collapse of the Soviet Union.

By 1991 the game was up for the Communist Party. Glasnost had permitted dissenting voices to be heard and political movements that had once been suppressed to gain traction and support. After a failed attempt by Communist hardliners to retake control in August of that year, the Party was banned and with it disappeared the glue that was keeping the Soviet Union together. If the Communist Party had retained control of the media, it could, perhaps, have survived anything. We need only look to the Chinese example for what can happen when a dictatorship remains in full control of the public sphere.