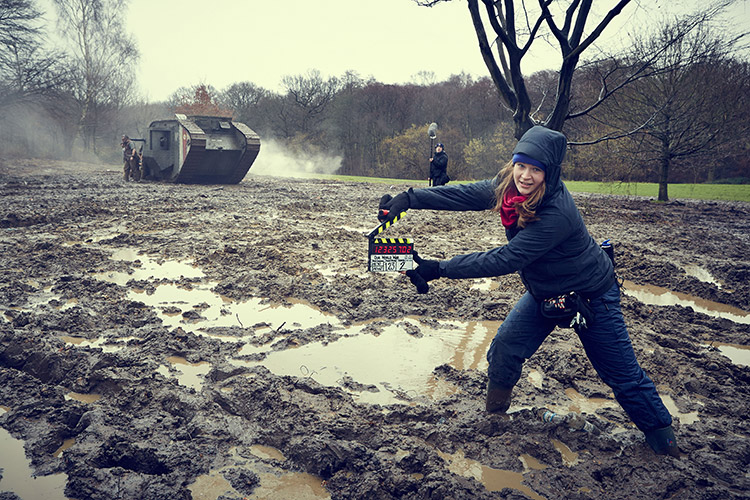 Documentary makers should have more faith in their viewers

At its best, television can be a powerful medium for the effective and engaging communication of history to the wider public. The late 1960s and early 1970s saw a number of magisterial history documentaries. There was Kenneth Clark’s landmark 1969 series on art history, Civilisation (my personal favourite documentary ever). There was Jacob Bronowski’s classic 1973 series on the history of science, The Ascent of Man. A year earlier saw Alistair Cooke’s America on the history of the United States, while the independent Thames Television broadcast the unmistakeable tones of Laurence Olivier, as he guided a gripped nation through all 26 episodes of The World At War (at the time, the most expensive documentary series ever made). It was a golden age of history documentaries, which successfully blended intellectual ambition with seriousness and accessibility.

What made them so compelling was that they treated their audience as intelligent individuals with the ability to follow and understand subject matter that was difficult and, at times, ambiguous. They demanded that viewers pay attention and stretch themselves intellectually. Clark spent most of Civilisation simply looking into the camera, usually with a magnificent work of art or architecture in the background, speaking for long periods. He assumed that his viewers were curious about the subject matter and would listen seriously to what he was saying. The results were terrific – as was the size of the international audience.

Much of what passes for history on television nowadays seems to assume that the viewer needs to be ‘entertained’ and possesses the attention span of a gnat. So there will be low-budget re-enactments to ‘dramatise’ the subject. There will also be the unsubtle hammering home of one or two fashionable social or political themes. Television can be an incredible medium of cultural communication and is a great way to hook people on history. But documentary makers should have more faith in their viewers.

Hannah Greig, Senior Lecturer in Early Modern History at the University of York.

History is certainly a profitable medium for television. Serious money is invested in historical content, especially period drama: Netflix’s series The Crown has a reputed budget of around £100 million. UK-produced Downton Abbey was exported to more than 200 different territories, while HBO is a stable for big-budget productions such as Mad Men, Rome and Deadwood.

Glossy period dramas are, of course, just one expensive slice of history programming. You would be hard pressed to find history absent in any daily television schedule, whether in the form of Horrible Histories, Who Do You Think You Are?, historical reality shows, presenter-led documentaries or even Dr Who’s time-travelling. Such small-screen content routinely reaches audiences far larger than those of even the best-selling of history books: Peter Frankopan’s Silk Roads has sold over a million copies, but Who Do You Think You Are? is watched by at least six times that every episode.

Television’s scale and range testify to a remarkable level of public engagement with the past. And this makes it an excellent medium for history. The formats, so different from a textbook or monograph, often leave academic historians uneasy. A lecture-style delivery transferred to the screen is more palatable to many than anything that risks sensationalising or romanticising. Commercial imperatives and audience appetites ensure some aspects of the past are mined more thoroughly than others and spot-checking perceived ‘inaccuracies’, even in period dramas that are explicitly fictional, has become a national sport. However, varied formats allow television to engage diverse audiences and we should celebrate the ways in which it draws new viewers to history and routinely introduces less familiar pasts: whether that is same-sex relationships in the drama Call the Midwife or the neglected histories revealed in David Olusoga’s documentary Black and British. If we only complain about generalised shortcomings without recognising television’s successes, we miss the richer picture of what it can offer to history.

Despite current lamentations, things have improved

Greg Jenner, Author of A Million Years in a Day: a Curious History of Everyday Life from the Stone Age to the Phone Age (Weidenfeld & Nicholson, 2015).

Since 2005 I’ve dedicated my career to historical television for three reasons: because no other medium reaches so many, or offers such stylistic versatility, but also because I feared falling standards. When I joined the industry, historians were a rarity on our screens. Documentaries were often presented by celebrities, or imitated US sensibilities by prioritising spectacle over ideas. Despite current lamentations, things have improved. Yes, there are still dangerously misleading US imports (Ancient Aliens, Hunting Hitler), but I’ve also counted more than 50 historians on the BBC. The biggest threat is the tumbling budgets, which have halved.

Historical television is not one thing. I’ve made dramas, documentaries, comedies, interactive games and a movie. Each has its merits and pitfalls. I am proudest of my work on Horrible Histories, which makes history accessible to children through humour and pop culture aesthetics. Over 60 per cent of the UK’s children watched it regularly. A decade on, I have the honour of teaching undergraduates inspired by my colleagues’ jokes, just as I was inspired by, say, Tony Robinson’s Maid Marian. Drama and comedy are safety nets for catching those who hated history at school. I’ve met hundreds such people and it’s always the first thing they tell me.

Dramas often attract hand-wringing about accuracy, but documentaries are more problematic. Advertised as ‘factual’, audiences trust documentaries far more than dramas, not realising that few of them represent the vital dialectic of historical scholarship. Many programmes are misleadingly one-sided, whiggish, or geared towards provocative conclusions. Seductive ‘mystery’ often supplants scholastic doubt. Complaints about CGI, re-enactment and loud music are sometimes valid, but the real issue is the paucity of quality debate. The collective noun for a group of historians is ‘an argument’ – you wouldn’t think it if you only watched history documentaries.

Good television depends on the care, commitment, resources and skill of those creating it

Helen Castor, historian, broadcaster and author of She Wolves: the Women Who Ruled England Before Elizabeth (Faber, 2010) and Joan of Arc: a History (Faber, 2014).

When asked about television as a ‘medium for history’, I find myself disappearing, Alice-in-Wonderland-like, down a rabbit hole. History itself is a medium of transmission, an attempt to represent a past that is, by definition, lost to us in its lived reality. Historians try to recapture aspects of that lost past, as transmitted through its surviving traces; then, we have to find a medium through which to communicate our conclusions, the stories we want to tell. As the Cheshire Cat remarks to Alice when she asks which way she ought to go: ‘That depends a great deal on where you want to get to.’

Television offers the extraordinary potential of moving pictures, broadcast to a large audience – as a result, there are things it can do incomparably well. In factual programmes, it can provide rare access to historical sites, documents and artefacts. The camera can extend the range of the human eye far beyond its unmediated capabilities, from sweeping views of landscapes and buildings to forensic exploration of handwriting and brush strokes. Filmed interviews can reveal the inescapable humanness of historical storytelling, whether academic analysis or first-hand testimony. And – if we’re including fiction – historical drama can offer the illusion of three-dimensional immersion in the past with unrivalled immediacy.

Television can – budget permitting – do all those things. But it can also prioritise purely dramatic convenience over historical interpretation; edit interviews to maximise controversy or suppress inconvenient counter-argument; discard historical subject matter because ‘there’s nothing to show on screen’; or trade critical perspective for privileged access. In the practice of history, medium and message are always in dialogue. And good television history – like good history in books, radio, film, museums, or indeed any other medium – depends on the care, commitment, resources and skill of those creating it.