At the beginning of the 20th century, there were 16 empires of varying size and reach. At the end of the century, there was just one: the United States. How did this happen and what role did Britain play in smoothing America’s path to global hegemony? 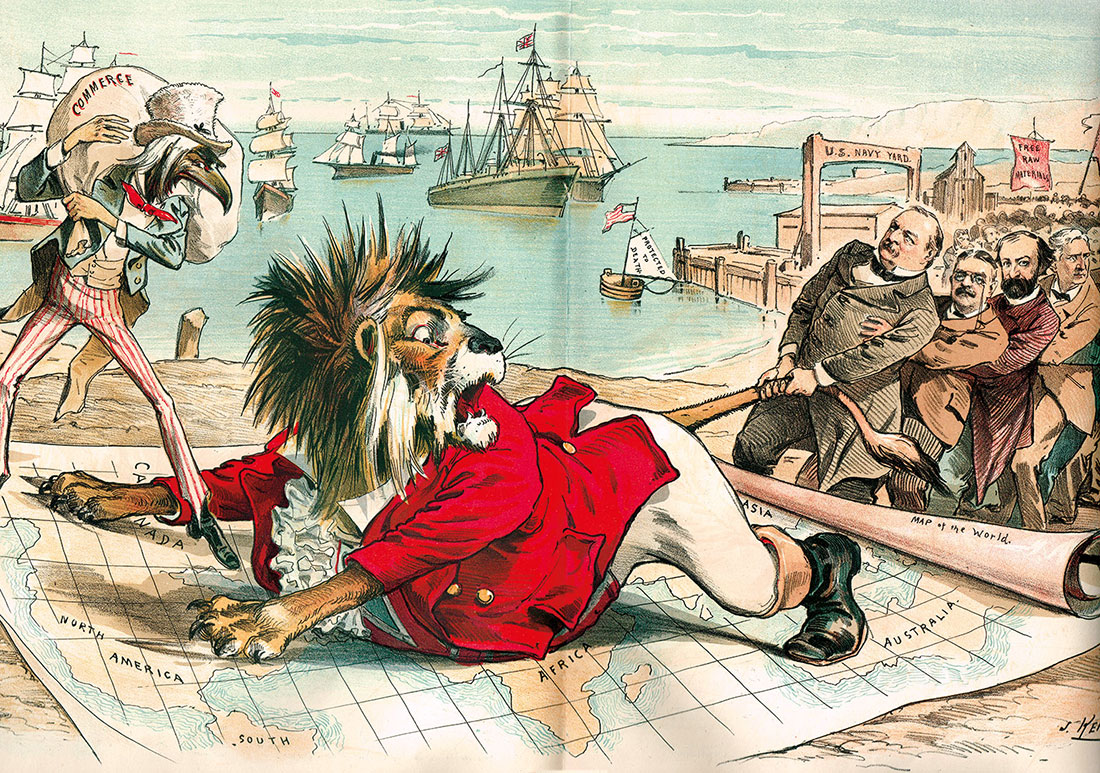 Empires have had a bad press. While not perhaps as ferocious an epithet as calling someone a fascist – although the word ‘fascist’ has pretty much lost its original meaning – accusing someone of ‘supporting’ the British Empire is seldom meant as a compliment. Yet it should be possible to look at empires without necessarily feeling the requirement to condemn (perhaps the Belgian Empire should be excluded from that waiver). After all, throughout history, empires have been a normal way of organising peoples so that they can be governed or controlled: the dominance of the nation state is a recent development. Adhesion to an empire could also be a source of protection.