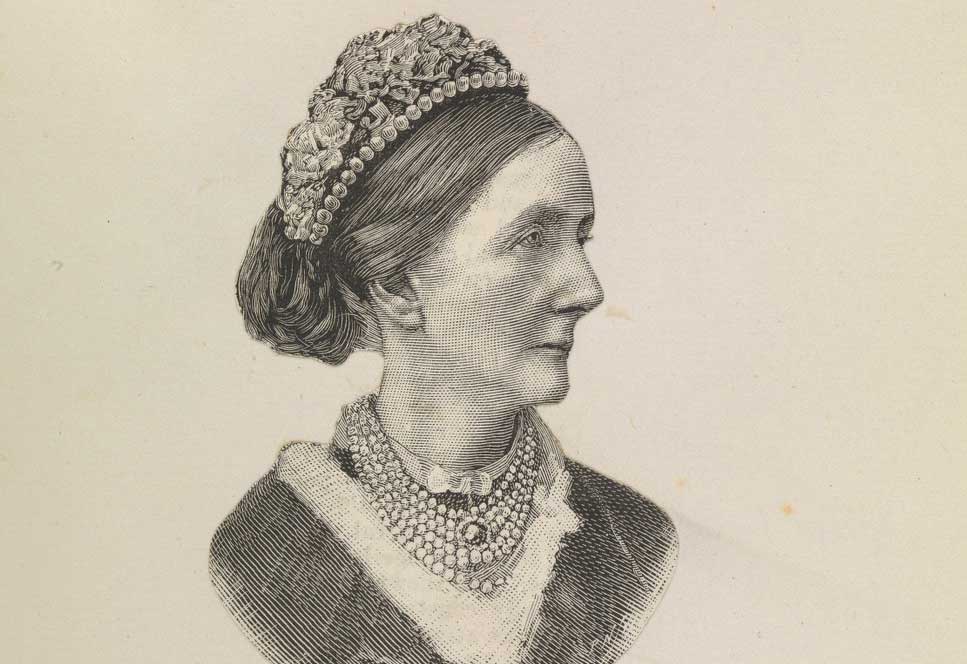 Born in her family home in Piccadilly, Angela’s father, Sir Francis Burdett, was a celebrated radical MP and opponent of William Pitt the Younger. Her mother, Sophia Coutts, was the daughter of the rich banker Thomas Coutts. Through her family she met an astonishing range of leading figures of the day who became admiring friends, from Charles Dickens to Gladstone, Disraeli and Rajah Brooke of Sarawak.

Her grandfather died in 1822, leaving a huge fortune to his second wife and former mistress Harriot Mellon, who later married the Duke of St Albans. When she died in 1837, the duchess left the Coutts estate to the 23-year old Angela, to everyone including Angela’s surprise, on condition that she take the name of Coutts, which she did. She also took a house for herself in Stratton Street, off Piccadilly, with her former governess Hannah Meredith and together they staved off the many men who wanted to marry Angela for her money.

Angela had better uses for her wealth. She poured out help in prodigious quantities to the poor in London’s East End and her name became Cockney rhyming slang for ‘boots’. She and Dickens set up a home and rescue centre for prostitutes and fallen women in Shepherd’s Bush. She gave money for the building of churches in the London slums and was a patron of artists and actors, as well as the explorers David Livingstone and H.M. Stanley. She was a leading figure in the Royal Society for the Prevention of Cruelty to Animals and gave to humanitarian causes in Turkey, the Balkans and Africa.

Angela inherited Holly Lodge, her Coutts grandfather’s mansion in Highgate and Rajah Brooke sent her exotic plants for its 60 acres of grounds. Queen Victoria visited her, as did the future Queen Mary. In 1865 she created for her staff the nearby Holly Village development of Victorian Gothic cottages set round their own village green, which have been coveted properties ever since. In 1871 she was made Lady Burdett-Coutts.

Hannah Meredith died in 1878 and at the age of 67 in 1881 Angela married her 29-year-old American secretary, William Ashmead Bartlett, who took her surname. Dying of bronchitis in Stratton Street in 1906 aged 92, she was buried in Westminster Abbey at a service attended by Edward VII and Queen Alexandra, as well as pearly kings from the East End. As her biographer Edna Healey said, she had set a new standard in practical philanthropy delivered promptly and without condescension. She was not just admired, she was venerated.