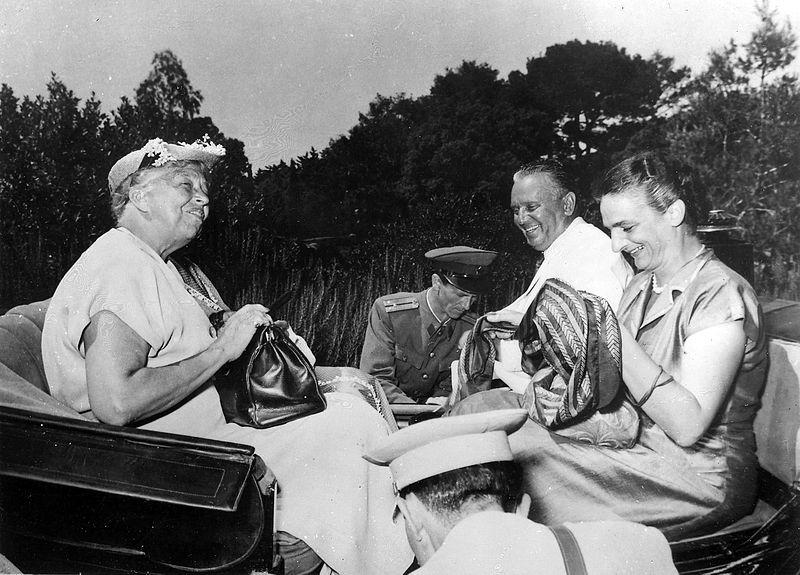 In 1950 the Federal Assembly of Yugoslavia unanimously resolved that the withering away of the state should begin immediately. The Yugoslav dictator, Marshal Tito, may have been amused. He had an engaging sense of humour, loved Laurel and Hardy films and relished Chaplin’s The Great Dictator, while recognising its application to regimes like his. Tito’s Yugoslavia was a oneparty Communist state and the party was dominated by apparatchiks and imbued with the values of the bureaucracy. Withering away was not on the cards. However, in January 1953 a new constitution heralded the introduction of ‘self-governing socialism’. A new Federal Executive Council was to be elected by the Federal Assembly. The supreme executive officer and head of the armed forces was to be the President of the Republic, elected by the assembly at four year intervals. To no one’s surprise, the office went to Tito.

Josip Broz, known as Tito since the 1930s, had been born sixty years before, the seventh of fifteen children of a Croat peasant farmer. A tough character physically and mentally, and an inspiring and likeable leader, he had fought bravely in the First World War, served five years in prison as a Communist agitator and gone to Moscow, where he survived a ruthless purge of Yugoslavs in the Soviet Union by Stalin, who had some 800 of them liquidated. Tito was sent back to take charge of the party in his own country and organise it to Stalin’s satisfaction, which he did. During the Second World War he led the Communist partisan resistance to the German occupation in a rivalry with the anti-Communist Chetniks which turned into a civil war. He set up a revolutionary government, won the support of the Allies, established the postwar regime and executed the Chetnik leader, Draza Mihailovic.

Now, however, the Soviet-style drive to transform Yugoslavia into an industrial state and collectivise agriculture had patently failed, economic breakdown threatened and the country had broken with the Soviet Union. Expelled from the Cominform in 1948, the regime carried out a purge of bureaucrats accused of incorrect ‘Cominformist’ leanings. More than 200,000 state officials who had failed to change their stance rapidly enough were dismissed in 1950, and some were sent to prison camps. Pro-Soviet sympathies in the army and air force were discouraged. Aid was sought and received from America. A law to have factories run by elected councils of their workers was passed in 1950, and the collectivisation drive officially eased up in 1951.

Cast out of the Soviet bloc, Yugoslavia was trying to find its own Communist path forward. The Constitutional Law of 1953 was supposed to inject democracy into the system. ‘People’s committees’ were elected in villages and towns, linked to the workers’ councils. They sent delegates up to the assemblies of the five republics, of which Yugoslavia was constituted. The republican assemblies in turn sent representatives up to the Federal Assembly. The communes appeared to have power at the local level, but they were too small to plan or run anything important and effective decisions remained with the administrations and the authorities of the principal towns. The whole system was run by the party machine, which drew up the lists of candidates at every stage.

The problem with the republican administrations was that greater independence for them could fuel nationalist hatreds, particularly the persistent hostility between Serbs and Croats. Steps were taken to ensure that all government spending was controlled from the centre and there were earnest efforts to foster a ‘socialist Yugoslav consciousness’.

Milovan Djilas, a Montenegrin ideologue and old associate of Tito, began to argue in 1953 that what had been created in Yugoslavia was ‘state capitalism’, ruled by a bureaucracy and combining socialist and capitalist characteristics. It could be broken only by allowing another, albeit socialist political party to exist and run candidates. This heresy was denounced as ‘political pornography’ and Djilas was expelled from the party’s central committee and later imprisoned, but the country did become freer, more tolerant and more prosperous under Tito. He also kept the lid on the mutual hostilities of the various Yugoslav nationalities. People felt safe. Tito’s doctors managed to keep him alive until 1980, when he died, a few days before his eighty-eighth birthday. Yugoslavia did not long survive him.