The Russian prime minister was shot during festivities to mark the centenary of the liberation of Russia's serfs on September 14th, 1911. 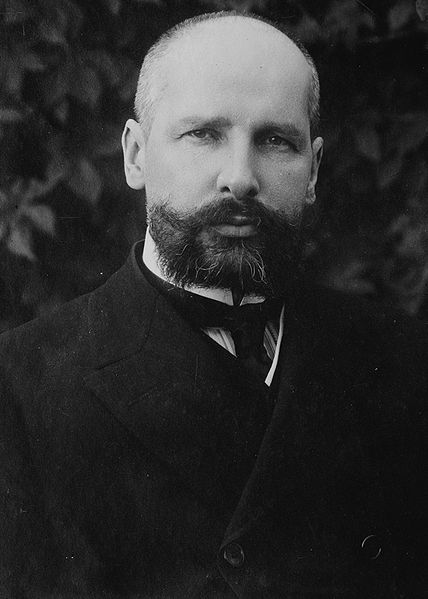 To mark the centenary of the liberation of Russia’s serfs a monument to Tsar Alexander II was unveiled in Kiev. Tsar Nicholas II attended, along with his prime minister Pyotr Stolypin, and the festivities included a performance of Rimsky-Korsakov’s The Tale of Tsar Saltan at the Kiev opera. A young man named Dmitri Bogrov, who had been an agent of the secret police for several years, told them there was a plan to assassinate Stolypin in the opera house and the police allowed him into the building that evening although they knew he had a revolver.

Stolypin sat in the stalls, where during the second interval Bogrov shot him twice, in the arm and then in the chest. When the prime minister, who had refused to wear a bulletproof vest, opened his jacket, his waistcoat was soaked in blood. After saying he was proud to die for the tsar and making the sign of the cross towards Nicholas he was taken to hospital, where he died four days later on September 18th at the age of 49. Bogrov was hanged on September 24th. The behaviour of the police created a suspicion that they had been involved in Stolypin’s murder. The investigation into the assassination was stopped on Tsar Nicholas’ orders for reasons that remain unknown.

As prime minister since 1906 Stolypin had tried to turn the Russian peasantry into prosperous independent small farmers who would be grateful and loyal to the imperial regime. Each peasant household farmed separate strips of land within the domain of the local commune. Stolypin’s measures enabled them to consolidate their plots into individual holdings and break free of the commune’s grip. He did this largely regardless of the Duma, or Russian parliament, which he convened and dismissed as it suited him. He also ruthlessly suppressed opposition and had so many accused rebels hanged that the noose acquired the nickname of ‘Stolypin’s necktie’. His methods aroused fierce opposition and only a minority of the Russian peasantry took advantage of the opportunities he offered them.