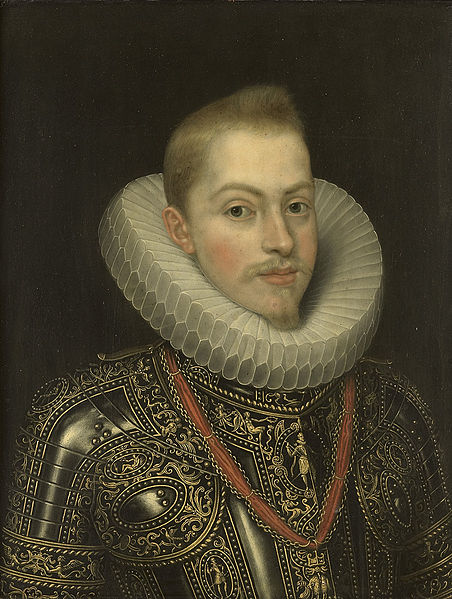 Spain had imported enormous quantities of treasure from the gold and silver mines of Mexico and Peru in the sixteenth century and yet the royal government was all too frequently in or close to bankruptcy. Massive amounts were spent on crusading against both Islam and Protestantism, and the Netherlands cost more to administer than they brought in. When Philip III became King of Spain and Portugal in 1598, Spanish commentators were complaining that instead of being used to stimulate industry and business, the treasure from the Americas had created an attitude that held productive work in contempt, while foreigners - Genoese, Dutch, Germans - ran Spain's trade and finance to their own profit.

The commentators wanted to see royal expenditure drastically reduced, the tax system reformed to bear more heavily on the rich, the growth of the Church checked and the improvement of industry and transport. There was little hope of these measures being taken by Philip III. Professor Earl J. Hamilton remarked back in 1938 that ‘history records few instances of such able diagnosis of fatal social ills by any group of moral philosophers or of such utter disregard by statesmen of sound advice.’

The new king was far too idle and irresponsible to run the government himself, as his father had done. Instead he spent fecklessly on frivolous entertainments while the government was managed by a favourite, the Duke of Lerma, who was just as torpid and incompetent as the king, and kept himself in power by dispensing grants and pensions to the leading Castilian nobles, who crowded the court. He also lined his own pockets and moved the court from Madrid to Valladolid and back again to make profits from real estate dealings.

At the same time, the crown’s supply of money from the Americas was drying up. It slumped by half during the first fifteen years or so of Philip’s reign, while money had to be spent on defending Spanish America from the English and the Dutch. The government tried to escape its financial problems by issuing a debased copper coinage, the vellon, but was still forced to declare a moratorium on its debts, or in effect acknowledge bankruptcy, in 1607. The government lurched on until in 1618  Lerma’s enemies at court managed to eject him. By the time Philip III died in 1621, some Spaniards were starting to wonder whether their American empire was more of a liability than an asset.