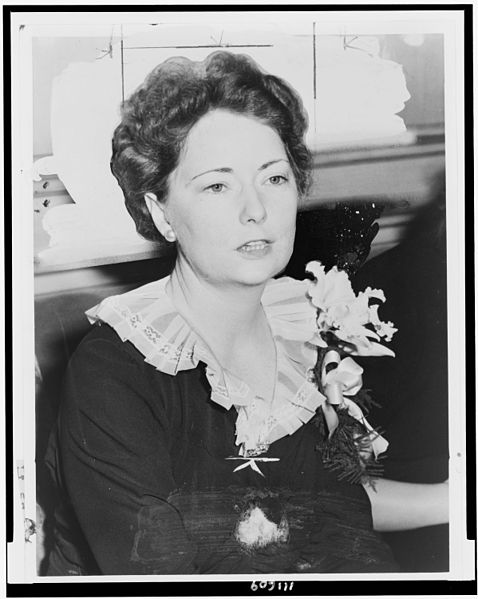 At 8.15 on the mercilessly hot evening of August 11th, 1949, Peggy Mitchell Marsh and her husband John parked their car at the side of Peachtree Street in Atlanta, Georgia. On their way to see the film Canterbury Tales at the Peachtree Arts Theatre, they started across the road. They were half way over when a car was suddenly upon them from their right, driven too fast by an off-duty taximan who had had too much to drink. Peggy Marsh dodged back towards the kerb they had left as the driver desperately steered to his left to try to avoid the couple. She was hit, dragged along under the car and left unconscious with such severe injuries that she died at the Grady Hospital five days later. She was forty-nine.

Under her maiden name of Margaret Mitchell, Peggy Marsh was the most famous citizen of Atlanta as the author of the book which had decisively put the city on the map. Gone With the Wind was one of the media phenomena of the century. One million copies were sold in the first six months after its publication in June 1936 and the following year it won the Pulitzer Prize. By the time Margaret Mitchell died sales had topped the eight million mark in forty different countries. The film had its premiere in Atlanta in 1939 at Loew’s Grand Theatre, which was decorated with tall white columns to look like Scarlett’s house Tara in the film. The governor of Georgia proclaimed a state holiday, buildings were draped in Confederate bunting, the city went wild and parties went on for days, while producer David O. Selznick and the film’s stars, Clark Gable and Vivien Leigh with Carole Lombard, Vivien Leigh’s husband Laurence Olivier, and Claudette Colbert, were feted with huge crowds and bands. People almost literally fought for tickets to the giant costume ball held the night before the opening, which Margaret Mitchell did not attend. She did not like the film, but she did go to the premiere itself, as did four rheumy-eyed ancients who had actually fought in the Battle of Atlanta in 1864 (the youngest of them was ninety-three), attired in Confederate grey uniforms. The diminutive author, greeted with thunderous cheers from the crowd outside, shook hands with each of them. The film went on to win the best picture Oscar and eight other Academy Awards the following year.

Margaret Mitchell started to write her epic novel in 1926 when a mysterious ankle infliction forced, or perhaps enabled, her to quit a career as a journalist. The daughter of a well-connected Atlanta lawyer, she was born in the city in 1900 and spent virtually her entire life there, growing up on stories of the Old South and the War Between the States, and keeping house for her father after her mother’s death in 1919. Her first marriage quickly failed and in 1925 she married John Marsh, a journalist and public relations executive who had been best man at her first wedding. She disliked children and had none by either marriage. It took her three years to write the novel and she spent years more in obsessively polishing it until nervously entrusting the massive manuscript (about the length of War and Peace) to Macmillan’s in 1935.

Despite or because of the book’s glittering success, she never wrote another. Instead she immersed herself in the details of contracts, bitter arguments with agents and publishers and anyone who made the slightest unfavourable reference to her book. She indulged in reactionary politics and writing thousands of letters. Gone With the Wind has been described as perhaps the most compulsively readable novel ever written, and with the film has exerted a compelling influence on popular perceptions of the ante-bellum South.